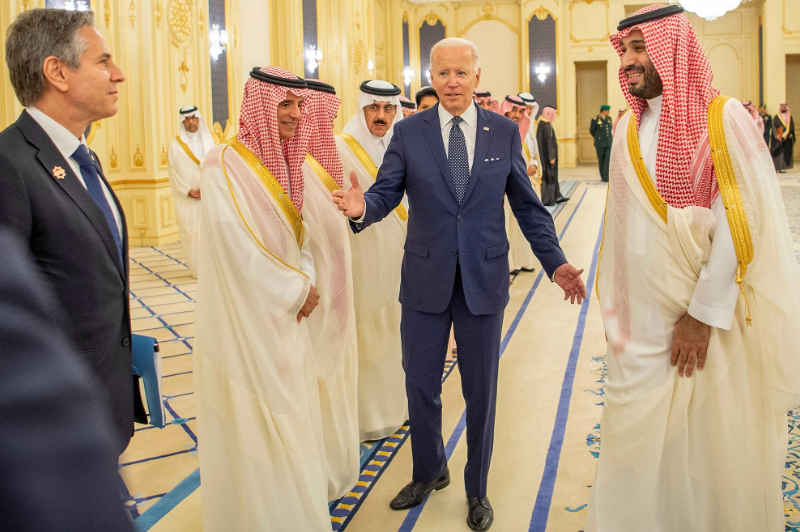 West News Wire: The Wall Street Journal reported that mistrust between the leaders of the United States and Saudi Arabia is causing the relationship between the two longtime allies to deteriorate.

According to the story, the Saudi Crown Prince, also known as MBS, has made fun of Biden in private and has questioned his mental acuity, according to anonymous sources within the Saudi administration.

The crown prince, who serves as de facto head of state for Saudi Arabia, is also said to have informed his advisors that he preferred dealing with former President Donald Trump.

According to sources inside the Saudi government, the 37-year-old royal ruler of the kingdom, Saudi Crown Prince Mohammed bin Salman, teases President Biden in private by making light of the 79-year-old’s gaffes and questioning his mental acuity.

According to the sources, he has admitted to advisers that he hasn’t been impressed with Mr. Biden since his time as president and greatly prefers former President Donald Trump.

Biden has criticized Saudi Arabia for its appalling record on human rights. He declared that the current Saudi Arabian government had “very little social redeeming value” during his presidential campaign in 2020 and avoided Mohammed bin Salman for more than a year due to the latter’s alleged involvement in the murder of Jamal Khashoggi, a dissident Saudi journalist, in the Saudi consulate in Istanbul in 2018.

According to reports, both Saudi Arabia and the US are prepared to reevaluate their partnership, which would constitute a dramatic shift in the 80-year-old relationship, the one that has long underpinned the global economy.