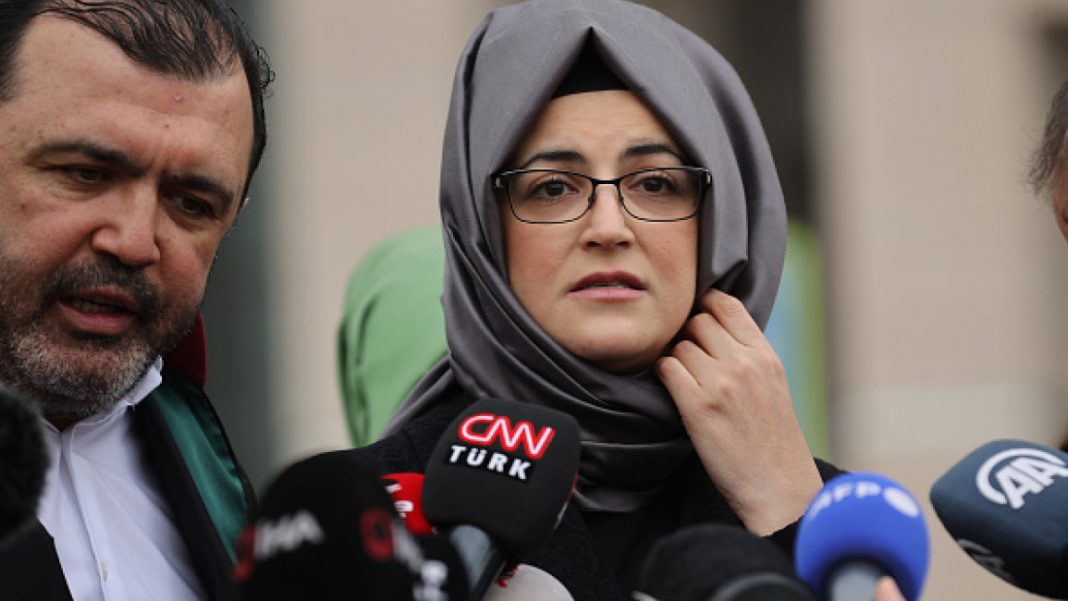 West News Wire: President Joe Biden’s plan to meet with Saudi crown prince Mohammed bin Salman, who the US believes ordered the operation that killed slain journalist Jamal Khashoggi in 2018, was “very disappointing,” according to his fiancee.

“Mr. Biden, you’ll soon visit Saudi Arabia as president, where you’ll meet with Jamal’s heartless executor (sic), dishonoring yourself and Jamal by meeting MBS,” Hatice Cengiz said in a video message released by Democracy for the Arab World Now, a non-profit founded by Khashoggi in 2018.

When Biden meets with Mohammed in Jeddah, Saudi Arabia, next month, Cengiz has asked him to press for more information about her fiance’s death.

“If you have to put oil over the principles, and expediency over values,” she says, “can you at least ask, ‘Where is Jamal’s body? Doesn’t he deserve a proper burial? And what happened to his killers?” she implored.

As a candidate, Biden once pledged to make Saudi Arabia a “pariah” over its human rights abuses. Soon after he took office last year, his administration released a U.S. intelligence report that assessed Mohammed had ordered the operation that resulted in Khashoggi’s murder in Istanbul. Khashoggi was a Washington Post columnist who lived in Virginia.

White House press secretary Karine Jean-Pierre told news reporters that she could not say whether Biden would specifically ask the questions raised by Cengiz but said the president was a “straight shooter.”

“Clearly, our hearts go out to her and her pain that she’s currently going through,” Jean-Pierre said.

Cengiz’s comments come in the wake of the White House’s announcement that Biden will visit Saudi Arabia in July.

The anticipated trip has drawn ire for the potential message a diplomatic trip could send to a country accused of involvement in the murder of Khashoggi, as well as numerous human rights violations.

But the president is also struggling to reign in sky-high inflation and gas prices, a political liability.

Saudi Arabia, a major oil producer, chairs the Gulf Cooperation Council grouping of oil-producing Arab nations. Saudi Arabia and the Biden administration have both said energy security will be part of discussions during Biden’s visit.

Cengiz also made a personal appeal to Biden.

“President Biden, I know you have experienced the unimaginable pain of losing a loved one,” she said.

Cengiz also tweeted Wednesday that she was “very disappointed” to hear about Biden’s Saudi Arabia travel plans. “A US resident was murdered for defending democracy and human rights in the country and now Biden is legitimizing this action,” she wrote.

Cengiz recently criticized professional golfers who joined LIV Golf, the Saudi Arabian-backed competition that’s drawn some of the biggest names in golf to the league.

“If they still carry on and play as if everything is normal, then they should be banned from playing in the world’s major tournaments,” she said in an email, according to reporting by USA TODAY Sports.