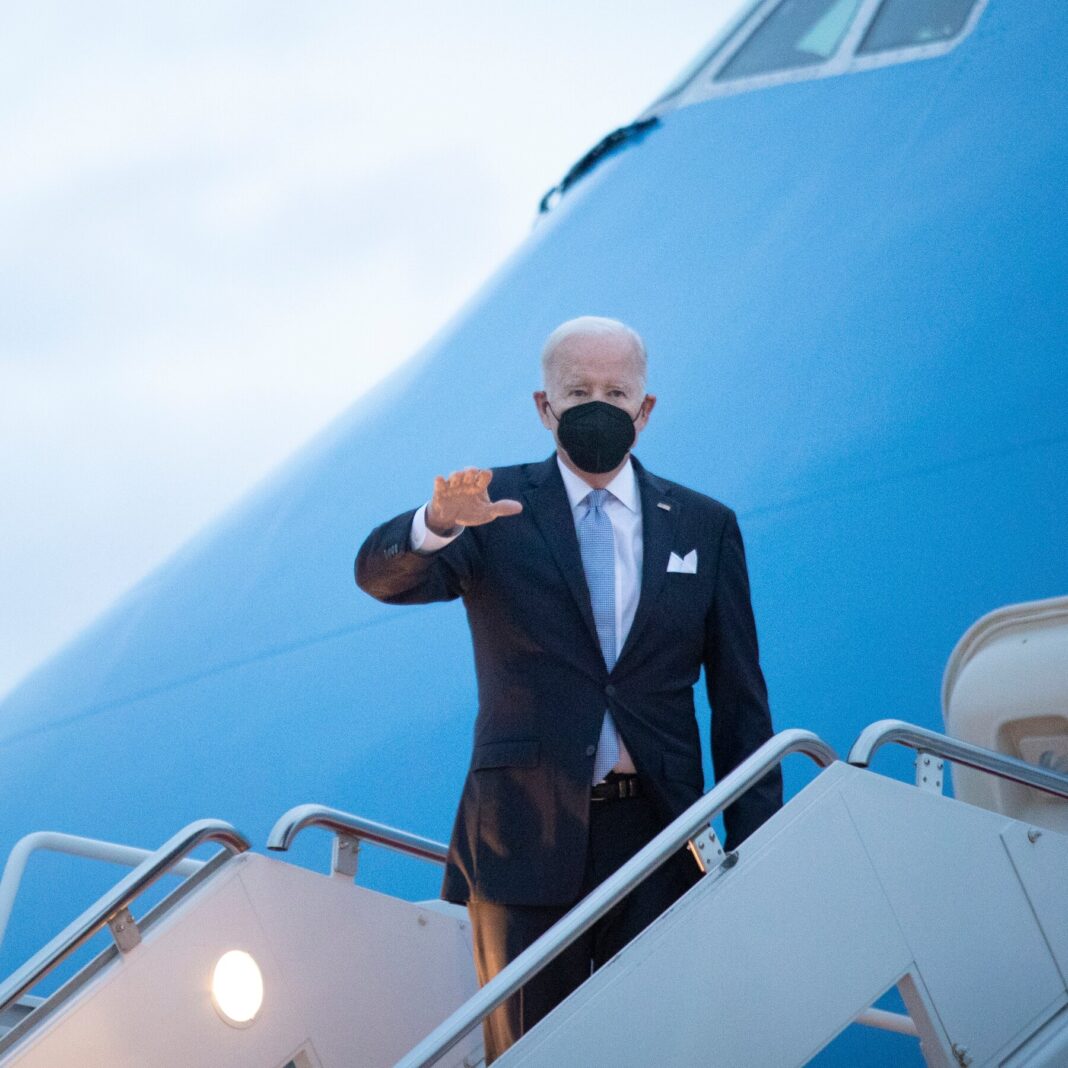 West News Wire: As the highly contagious Omicron variant has spread, officials acknowledge that a cluster of cases has been reported across the administration.

According to the administration, President Biden was in close contact with a White House official who later tested positive for the coronavirus.

On a trip from South Carolina to Pennsylvania on Friday, the president spent about 30 minutes near the official aboard Air Force One, according to Jen Psaki, the White House press secretary. The official, who had been vaccinated and received a booster shot, developed symptoms two days later and tested positive on Monday morning.

The news came as administration officials acknowledged that as the highly contagious Omicron variant has surged, a cluster of cases have been reported in and around the White House, including at the National Security Council, the State Department, Treasury and other agencies. Mr. Biden, who is 79, will deliver a speech on Tuesday that his advisers say is meant to emphasize that fully vaccinated people will face far fewer health risks from the virus and its variants than the unvaccinated.

“This is not a speech about locking the country down,” Ms. Psaki told reporters on Monday. “This is a speech outlining and being direct and clear with the American people about the benefits of being vaccinated, the steps we’re going to take to increase access and to increase testing, and the risks posed to unvaccinated individuals.”

In her statement about Mr. Biden’s exposure to the virus, Ms. Psaki added that he would be tested again on Wednesday, and that as a fully vaccinated person, he was not required to quarantine after exposure. According to guidelines issued by the Centers for Disease Control and Prevention, fully vaccinated people who have had close contact with someone who has Covid should be tested five to seven days from the date of exposure and wear a mask in public indoor settings for two weeks or until they receive a negative test result.

Researchers still do not know how likely Omicron is to cause severe illness in most people, but its speed has stunned public health experts. With Omicron already the dominant form of the coronavirus in the United States, White House officials have tried to emphasize that breakthrough cases among the fully vaccinated and boosted will most likely be mild compared with infections the unvaccinated may face; but given the variant’s contagiousness, those cases could become more common.

Officials have also said that there is no reason to treat this wave like the devastating one the United States faced in spring 2020, but the virus is interfering with day-to-day functions in the administration. At least one person — a journalist who traveled with Secretary of State Antony J. Blinken to Southeast Asia last week — tested positive, causing Mr. Blinken to cut short his trip. Another White House official, who attended a Christmas party with journalists on Tuesday, later tested positive. The administration has not disclosed the scope of infections in the White House and at various agencies.

“I would just note that we do expect there to be breakthrough cases, as there are — as there will be — across government,” Ms. Psaki said on Monday when asked to describe infections in the administration.

Some federal agencies are planning to require employees to return to the office. A memo sent to Commerce Department employees on Friday from Don Graves, the deputy secretary, outlined a plan to start a “staggered approach to return” beginning in January. Ms. Psaki said on Monday that everyone who worked in the administration was encouraged to receive a booster shot and that “99 percent” of the White House staff had received one.

Still, a memo sent to the staff on Monday afternoon provided a link to schedule a Pfizer dose and a plea: “The best way to protect yourself and others is by being fully vaccinated and receiving a booster as soon as you are eligible.” Both memos were obtained by The New York Times.

In his speech on Tuesday, Mr. Biden is expected to encourage the public to receive a booster shot as soon as they are eligible.

President Donald J. Trump, who for years falsely claimed that vaccines were dangerous and pointedly declined to be seen receiving his coronavirus vaccine while he was in office, told the former Fox News host Bill O’Reilly on Sunday that he had received a booster.

Their audience, at a speaking tour stop in Houston, began to boo, according to a video distributed by one of Mr. O’Reilly’s social media accounts.

Mr. Biden’s advisers have stated that extra precautions have been taken to protect him from exposure, including a protocol that requires day-of testing if an official is to meet with him. Officials who see the president on a daily basis are therefore put to the test on a daily basis, according to an administration official who spoke on the condition of anonymity to discuss internal planning.

Mr. Trump, on the other hand, eschewed most precautions while he was in office.