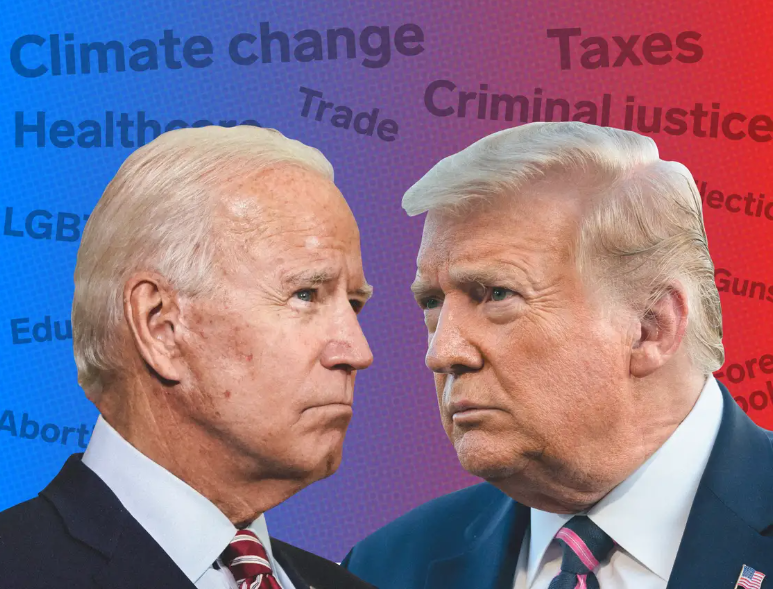 West News Wire: Leaders of both parties will make urgent appeals to their followers on the penultimate full day of campaigning in an election year that has been marked by economic unrest, the repeal of federal abortion rights, and widespread worries about the survival of democracy.

In Maryland, where Democrats have one of their greatest chances to retake a governorship now held by the Republicans, President Joe Biden will speak at a rally on Monday night. This appearance is consistent with Biden’s late-campaign strategy of generally avoiding Democratic strongholds in favor of campaigning in more competitive areas, where control of Congress may finally be decided.

Biden’s predecessor Donald Trump will hold his final rally of the campaign in Ohio. As he readies another run for the White House, Ohio holds special meaning for the former president because it was one of the first places where he was able to prove his enduring power among Republican voters.

His backing of JD Vance was crucial in helping the author and venture capitalist and one-time Trump critic secure the GOP’s nomination for a Senate seat.

With more than 41 million ballots already cast, Monday’s focus will be ensuring that supporters either meet early voting deadlines or make plans to show up in person on Tuesday. The results will have a powerful effect on the final two years of Biden’s presidency, shaping policy on everything from government spending to military support for Ukraine.

In the first national election since the violent January 6 insurrection, the final days of the campaign focused on fundamental questions about the nation’s political values.

Campaigning in New York for Governor Kathy Hochul on Sunday, Biden said Republicans were willing to condone last year’s mob attack at the US Capitol and that, after the recent assault on Paul Pelosi, husband of House Speaker Nancy Pelosi, some in that party made “light of it” or were “making excuses”.

“There’s never been a time in my career where we’ve glorified violence based on a political preference,” the president said.

Meanwhile, during a Sunday evening Trump rally in Miami, a reference to Nancy Pelosi prompted chants of “Lock her up!” a stark reminder of the nation’s deep political divide.

Trump was campaigning for Florida Senator Marco Rubio’s re-election, but also focused on his own political future. After telling a crowd in Iowa last week that he is “very, very, very probably” going to run for president again, he again teased the possibility on Sunday and encouraged supporters to watch his Ohio rally.

For national Democrats, meanwhile, the focus is on their narrow control of the House and the Senate, which could evaporate after Tuesday.

Amid rising inflation, worries about crime, and pessimism about the future of the nation, voters may criticize the party in charge of the White House and Congress. According to history, the incumbent party will likely lose the midterm elections by a large margin.

Trump has long asserted incorrectly that he lost the 2020 election only as a result of Democratic fraud, and he has even started to suggest that there may have been election fraud this year. Federal intelligence services have issued a warning about potential far-right extremist political violence.