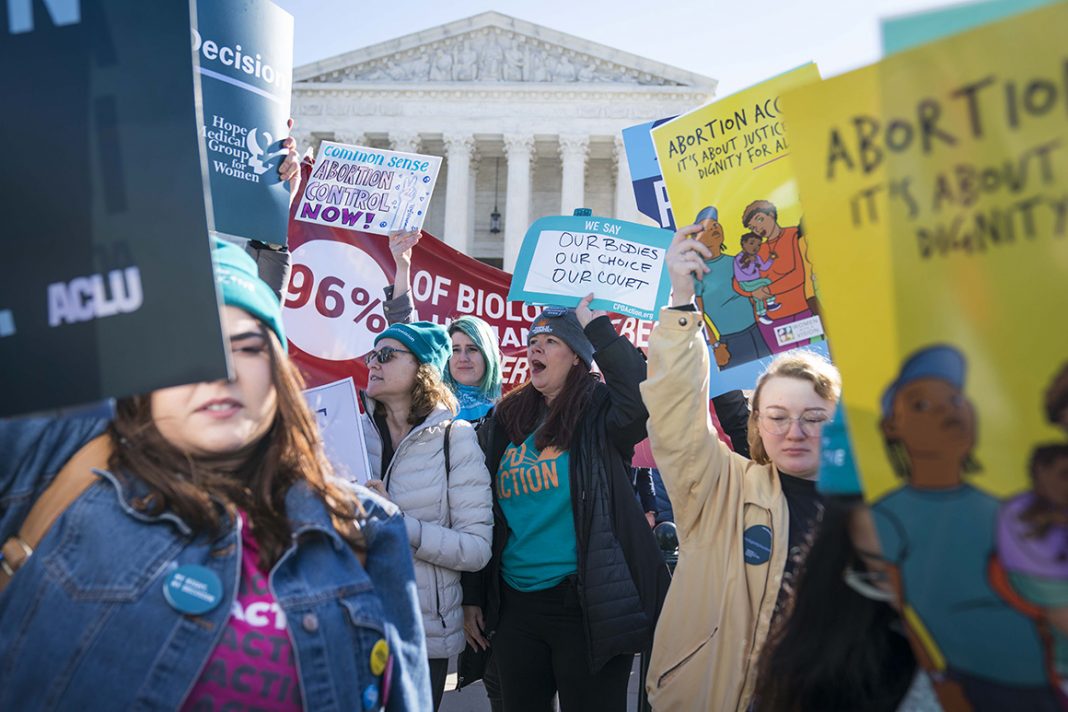 West News Wire: President Joe Biden has stated that he is in favor of requests to suspend the filibuster in order to pass legislation defending abortion rights. The Democratic Party has come under increased pressure to defend abortion rights since the US Supreme Court reversed Roe v. Wade.

On Thursday, Biden stated at a news conference held in Madrid during the NATO summit that the US must pass legislation making abortion legal in all 50 states. Even though legislation needs only a simple majority to pass the US Senate, the filibuster allows a single legislator to stop or delay a piece of legislation until it has 60 votes.

The rule has meant that, even with a Democratic majority in the House and Senate, the party’s legislative agenda has been largely blocked by the Republican minority. With abortion rights for millions of Americans now threatened by bans in numerous states, Biden said Thursday there should be “an exception to the filibuster” to pass abortion protections.

The president reiterated his support on Twitter, where he said “We have to codify Roe v. Wade into law. And as I said this morning: If the filibuster gets in the way, then we need to make an exception to get it done.”

However, suspending the filibuster would require the support of Democratic lawmakers who have voiced opposition to scrapping or amending the procedure in the past.

The Biden administration and the leadership of his party have come under fire for what progressive critics see as a lack of urgency following the Supreme Court’s June 24 decision. “There has been pressure building up to act and show that we are doing more,” an administration source told the Associated Press.

On Thursday, Democratic Representative Alexandria Ocasio-Cortez responded to news that the Supreme Court had limited the ability of the US Environmental Protection Agency (EPA) to regulate greenhouse gas emissions by saying a filibuster carveout was “not enough” and said Democrats should “reform or do away with the whole thing, for the sake of the planet”.

Democrats hope that the court’s decision to eliminate the constitutional right to an abortion will be a step too far for voters ahead of the November 8 midterm elections, when the Democrats hope to keep their majorities in the House and the Senate.

Midterm elections have historically been difficult for parties in the majority, and party leaders hope that abortion rights a top issue for Democratic women, according to a Reuters poll will galvanise their voters.

Democrats lack the 60 votes needed to overcome the filibuster and pass legislation on a number of key issues, from climate change to gun control to abortion rights. But Democratic Senators Kyrsten Sinema and Joe Manchin, conservative members of the Democratic caucus, have voiced strong opposition to revising or abandoning the procedure. Senator Manchin’s position on the filibuster had not changed as of Thursday.

Democrats were angered by a Reuters report that Biden was unlikely to move forward with bolder steps to protect abortion, which the president worried could undermine support for the Supreme Court and polarise the country. Critics have countered that with conservatives mounting a full-fledged assault on abortion rights, urgency is justified.