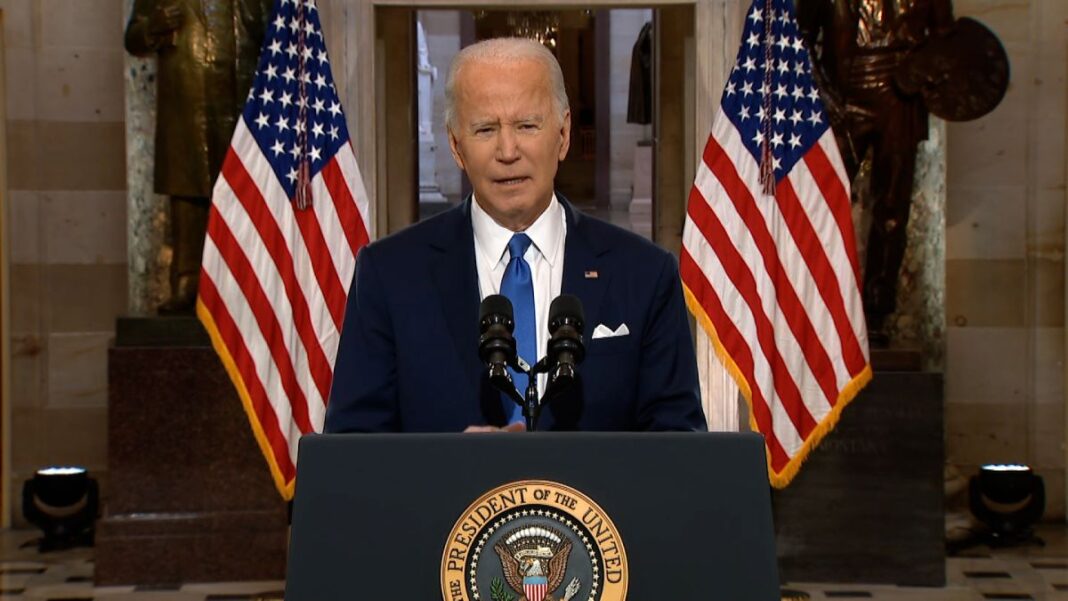 West News Wire: The one-year anniversary of the Jan. 6 attack on the United States Capitol is Thursday, and Democrats intend to celebrate the occasion with solemn tributes at the emblem of American democracy.

A minute of silence, a panel discussion with historians, eyewitness testimony from politicians, and a prayer vigil on the Capitol steps are among the events planned in Washington.

President Joe Biden delivered his most forceful rebuke of former President Donald Trump to date without naming him from Statuary Hall, where rioters stormed last year, blaming him for the violence that erupted at the Capitol after he refused to accept a peaceful transfer of power for the first time in American history.

House Speaker Nancy Pelosi will lead a moment of silence in the House chamber at noon. No Republican leaders are expected to attend the day’s ceremonies.

Though Biden didn’t actually mention Trump by name, it was clear he was referencing Trump throughout his speech, fact-checking Trump’s persistent false claims the 2020 presidential election was stolen.

He and his allies filed over 60 lawsuits challenging the outcome of the election over alleged fraud, despite no evidence of widespread fraud that could have had a significant impact on the results. Nearly every single lawsuit was rejected, thrown out, or withdrawn, including two denials from the U.S. Supreme Court.