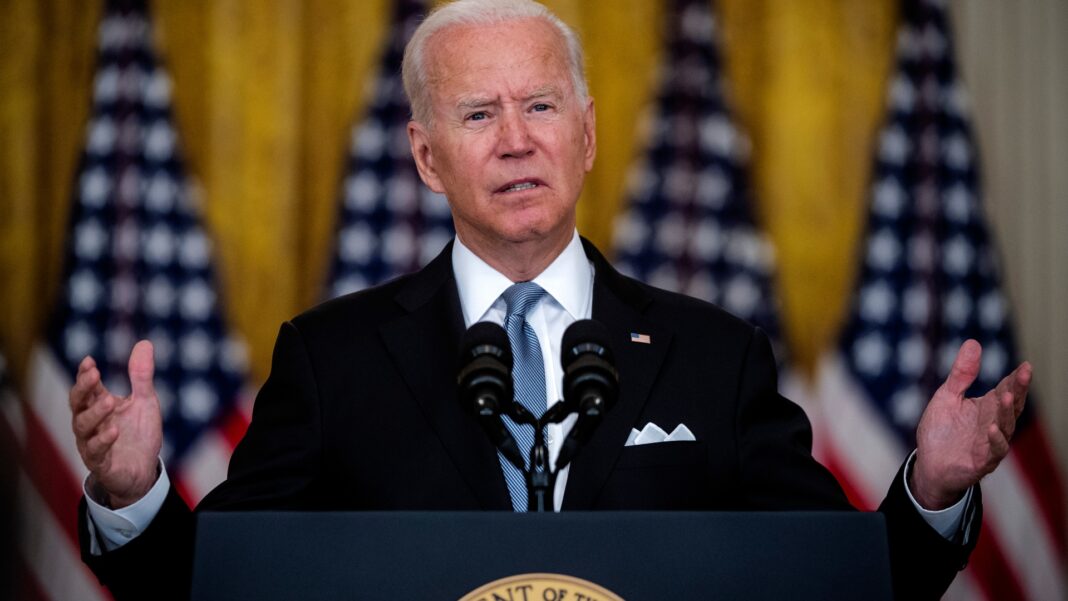 West News Wire: President Joe Biden on Monday reiterated that his decision to withdraw troops from Afghanistan was “the right one for America.”

It’s the president’s first televised speech since the Taliban claimed victory in Afghanistan on Sunday night. It also comes as thousands of people have packed the airport in Kabul desperately seeking to escape.

Biden, who had cut short his planned vacation for the national address, was due to return to the Camp David presidential retreat from the White House, according to officials.
What did Biden say?

“I stand squarely behind my decision. After 20 years, I learned the hard way that there was never a good time to withdraw forces,” Biden said.

Although Biden admitted that Afghanistan’s collapse was faster than expected, he insisted that the US “planned for every contingency” as he put the blame on Afghan forces.

“The truth is: this did unfold more quickly than we anticipated. So what’s happened? Afghanistan political leaders gave up and fled the country. The Afghan military gave up, sometimes without trying to fight,” Biden said.

“American troops cannot and should not be fighting the war, and dying in a war that Afghan forces are not willing to fight for themselves.”

Facing a backlash at home, and internationally, Biden said he would rather take the criticism over the fallout in Afghanistan than leave the decision to another president. He noted that he “inherited” a deal that his predecessor, former US President Donald Trump, had negotiated with the Taliban.

The US will continue to push for regional diplomacy and speak out for the basic rights of Afghan people, Biden said.

Still, Biden vowed to respond with force if the Taliban attack US personnel or disrupt the military operations under way at Kabul airport.

He also said a longer war in Afghanistan would have benefited Washington’s “true strategic competitors,” Russia and China. Moscow and Beijing “would love nothing more than the United States to continue to funnel billions of dollars in resources and attention in stabilizing Afghanistan indefinitely,” Biden said.