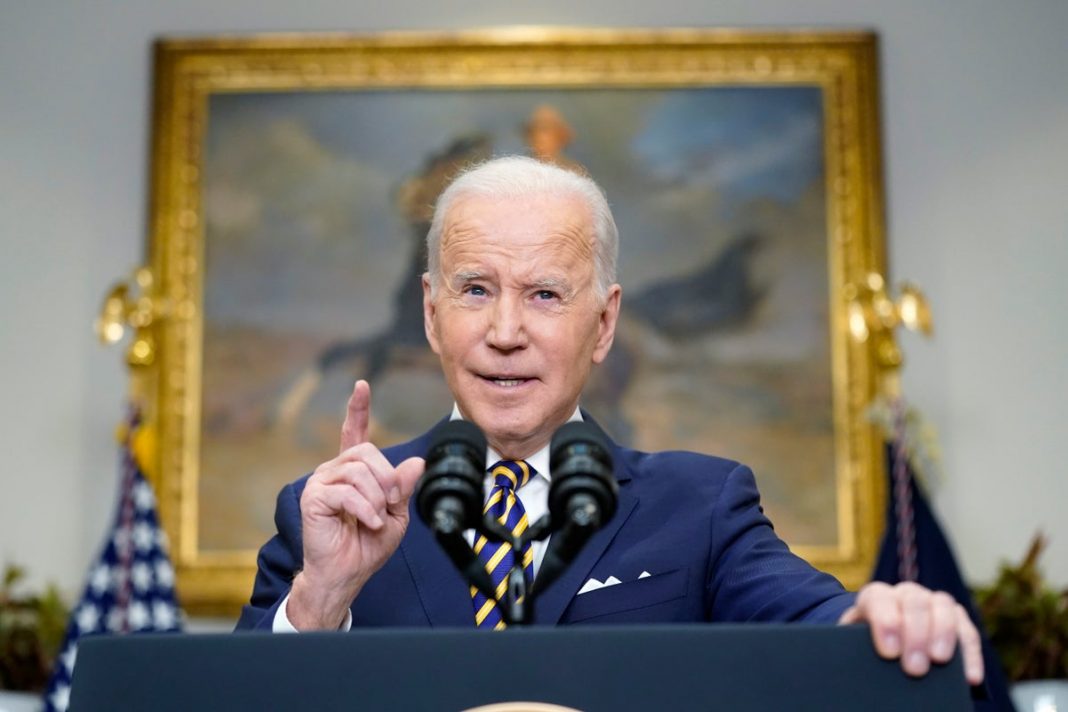 West News Wire: President Joe Biden declared on Tuesday that the United States will ban the import of Russian energy products, which he described as “the main artery of Russia’s economy.”

In remarks from the White House, Biden stated, “We’re prohibiting all imports of Russian oil, gas, and energy.” “This means Russian oil will no longer be accepted at US ports, and the American people will give Putin’s war machine another heavy blow.”

The president warned that the measure would likely raise gas prices in the United States, but that it was important to intensify sanctions pressure on Russia’s economy in response to the country’s war in Ukraine.

“Putin’s war is already wreaking havoc on American households at the gas pump,” says one commentator “Biden stated the following. “I’ll do everything I can to keep Putin’s price hike to a minimum.

Biden’s language clearly anticipated a concerted Republican effort to blame him directly for the rise in gas prices, which hit a record in the U.S. on Tuesday. With gas prices certain to become a huge political issue in this year’s midterm elections, Biden devoted much of his remarks to focusing American anger directly on Putin, while also encouraging U.S. energy companies to produce more domestic oil.

The president said the U.S. had made the decision to ban Russian energy products “in close consultation” with allies around the world, particularly in Europe. He said many of those partners may not be able to take the same action.

“The United States produces far more oil domestically than all of Europe,” said Biden, who said the U.S. is a net exporter of energy. “We can take this step when others cannot, but we’re working closely with Europe and our partners to develop a long-term strategy to reduce their dependence on Russian energy as well.”

Afterward, Biden signed an executive order to ban the import of Russian oil, liquified natural gas and coal to the U.S., a senior administration official said. The order blocks any new purchases of those energy products and winds down the deliveries of existing purchases that have already been contracted for. The White House said the action also bans new U.S. investment in Russia’s energy sector and prohibits Americans from participating in foreign investments that flow into that sector in Russia.

The administration had been wary of sanctioning Russian oil because of already high gas prices.

White House press secretary Jen Psaki confirmed Monday that the administration had been speaking with Venezuela, a top ally of Russia in Latin America, about energy security and with Iran about oil. A White House official, however, shot down speculation that the U.S. was working with Saudi Arabia on oil imports, saying the characterization that engagement with that country is centered on oil was “simply wrong” and misunderstood “both the complexity of that issue as well as our multifaceted discussions with the Saudis from the President on down.”

European countries have been resistant to the prospect of banning Russian oil. German Chancellor Olaf Scholz said Monday that Europe deliberately exempted Russian energy supplies from sanctions because there is “currently no other way of securing Europe’s supply of energy for heat generation, for mobility, for power supply and for industry.”