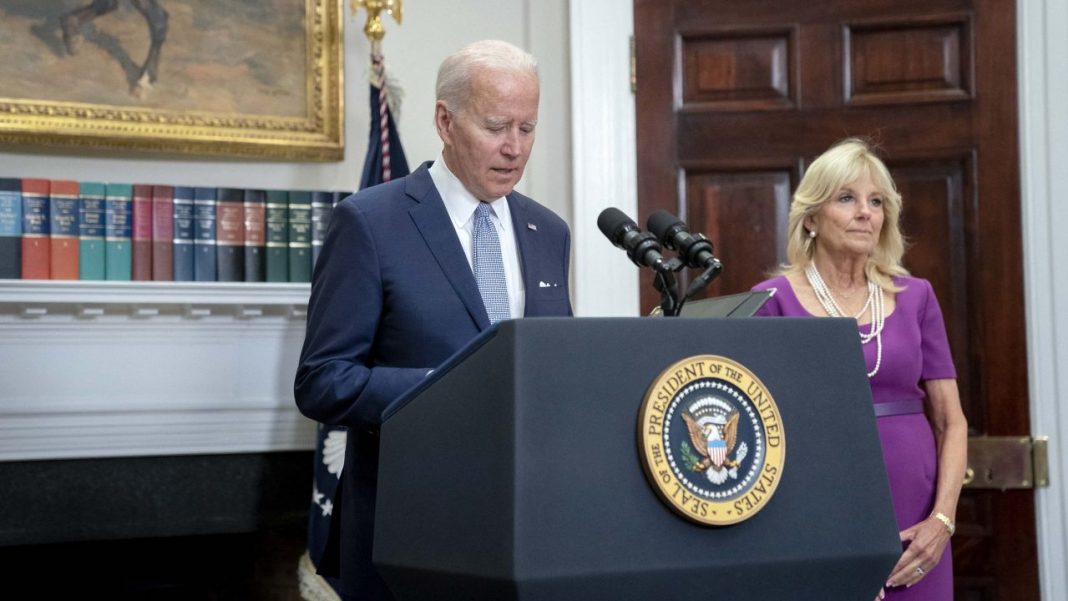 West News Wire: President Joe Biden declared on Wednesday that $2.98 billion in new military aid would be provided to Ukraine, allowing its soldiers to continue fighting for years to come.

According to a statement from President Joe Biden, the assistance will enable Ukraine to purchase air defense systems, artillery systems and ammunition, drones, and other technology “to ensure it can continue to protect itself over the long term.”

The proclamation of independence by Ukraine from the Soviet Union in 1991 coincides with celebrations at the time.

As thousands of people have been dead or injured, millions have been forced to leave their homes, and countless others have fallen prey to Russian atrocities and attacks, Biden stated, “I know this independence day is bittersweet for many Ukrainians.” But six months of constant assaults have only strengthened Ukrainians’ pride in themselves, in their country, and in their thirty-one years of independence.”

The aid package is being provided under the Ukraine Security Assistance Initiative. Officials said it will include money for the small, hand-launched Puma drones, the longer-endurance Scan Eagle surveillance drones, which are launched by catapult, and, for the first time, the British Vampire drone system, which can be launched off ships. Several officials spoke on the condition of anonymity to discuss the aid before its public release.

As Russia’s war on Ukraine drags on, U.S. security assistance is shifting to a longer-term campaign that also will likely keep more American military troops in Europe into the future, U.S. officials said. Wednesday is Ukraine’s independence day holiday and the six-month point in the war.

Unlike most previous packages, the new funding is largely aimed at helping Ukraine secure its medium to long-term defence posture, according to officials familiar with the matter. Earlier shipments, most of them done under presidential authority, have focused on Ukraine’s more immediate needs for weapons and ammunition and involved material that the Pentagon already has in stock that can be shipped in short order.

Besides providing longer-term assistance that Ukraine can use for potential future defence needs, the new package is intended to reassure Ukrainian officials that the United States intends to keep up its support, regardless of the day to day back and forth of the conflict, the officials said.

Six months after Russia invaded, the war has slowed to a grind, as both sides trade combat strikes and small advances in the east and south. Both sides have seen thousands of troops killed and injured, as Russia’s bombardment of cities has killed countless innocent civilians.