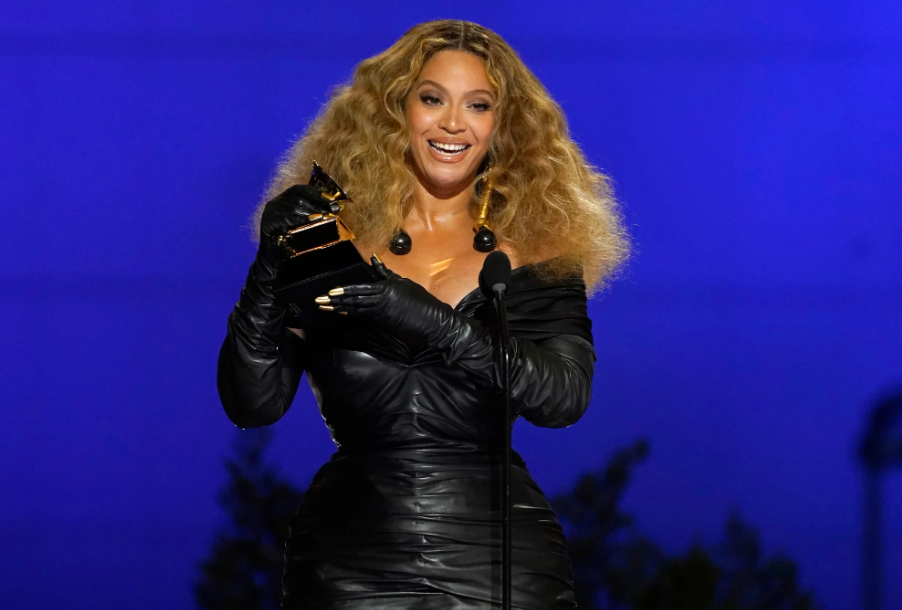 West News Wire: Beyoncé has risen to the top of the Grammy nominations ladder after securing a commanding nine nods on Tuesday, tying her husband Jay-Z as the most nominated musical act in the history of the ceremony.

Beyoncé’s “Break My Soul” received nominations for record and song of the year, while “Renaissance,” which delved into the dancehall genre, received an album of the year nomination. Each spouse now owns the record for the most Grammy nominations ever with 88 each after Jay-Z received five nominations this year as well.

Nearly half of this year’s leading nominees announced by the likes of Olivia Rodrigo, John Legend, Machine Gun Kelly and Smokey Robinson are women and more than half are people of color, according to the recording academy. The ceremony will be held Feb. 5 in Los Angeles.

“This makes me feel very proud, but it makes me conscious of the fact that we have to maintain the work we have done,” said Harvey Mason jr., the Recording Academy’s CEO. He said there have been strides in the peer-driven voting system and increased membership, but he still believes more progress can be made.

For the first time in Beyoncé’s lauded career, she was nominated in the dance category. Her seventh studio project is up for best dance-electronic music album and “Break My Soul” is nominated for best dance-electronic recording. Other nominations include best R&B song for “Cuff It,” R&B performance for “Virgo’s Groove,” traditional R&B performance for “Plastic Off the Sofa” and song written for visual media for “Be Alive,” the Oscar-nominated song from the “King Richard” soundtrack.

Young Thug and Gunna both received nominations despite being currently locked up in a racketeering criminal case. The rappers are up for best rap song and rap performance through Gunna’s “pushin P,” featuring Thug and Future.