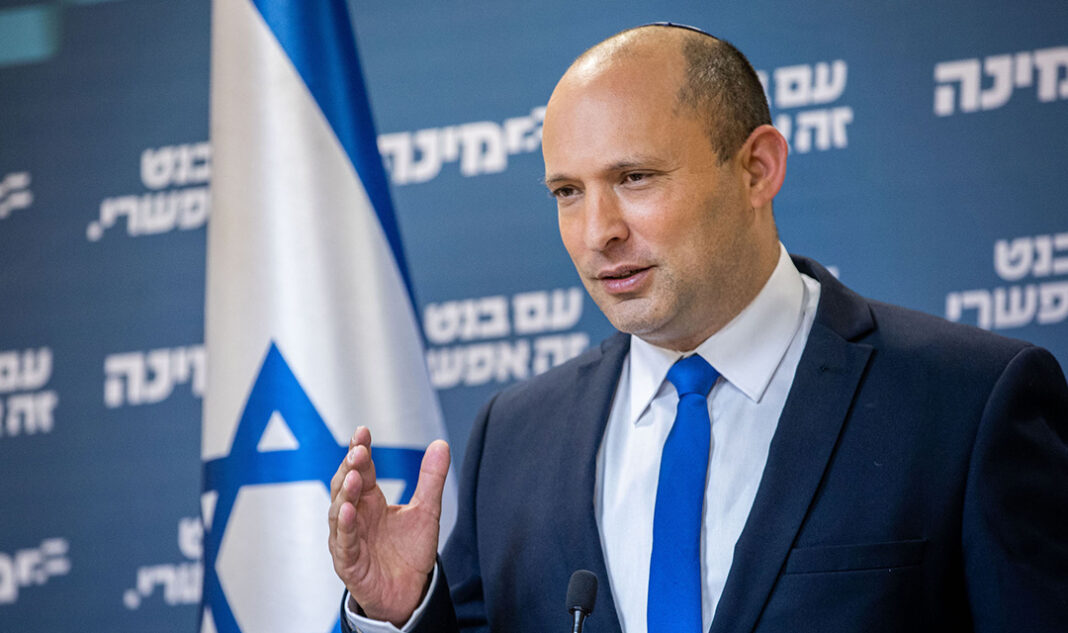 Speaking in a contentious Knesset session convened by the opposition to discuss “the dangers to Israelis security posed by the government,” Bennett listed what he saw as the previous administration’s failings.

“Iran is racing ahead with its nuclear program. We will deal with it,” he said. “We know what to do. but to fight with every country in the world while Iran proceeds with its military program is irresponsible. But this is the legacy you have left for us.”

The premier also slammed the previous government’s actions in dealing with the Gaza Strip and for allowing the Iran-backed Lebanese Hezbollah terror group to amass an arsenal of rockets able to reach any part of the country.

Netanyahu in response said that Bennett and Foreign Minister Yair Lapid compromised Israel’s abilities to act against Iran by promising the U.S. that it would not take military action without informing Washington.

“I never agreed to such a thing, he said. “You’ve made Israel a protectorate of the U.S.,” he told Bennett.

Earlier on Monday, Defense Minister Benny Gantz told Knesset that Israel will act quickly against Iran after the attack on an Israeli-operated oil tanker off the coast of Oman last week, which left two crew members dead.

“Iran’s aggression in the region generally and on the maritime front in particular, is intensifying,” Gantz said.

“This is the exact reason that we must act right now against Iran, which not only strives for a nuclear military [program] but is also leading to a dangerous arms race and threatening the stability in the Middle East.”

Gantz said Iran attacked international shipping at least five times in the past year.
“Iran, under the ‘hangman’ [Ebrahim] Raisi, who will take office this week, will be more dangerous to the world than it has been so far,” the Defense Minister said adding the Islamic Republic will be more destructive to the region, and “will strive to become an existential threat to Israel,” he said.

“Israel possesses a variety of tools and options to protect its citizens, and we will hold accountable anyone who seeks to harm us, in the time, place and methods that serve us and our security,” Gantz said.