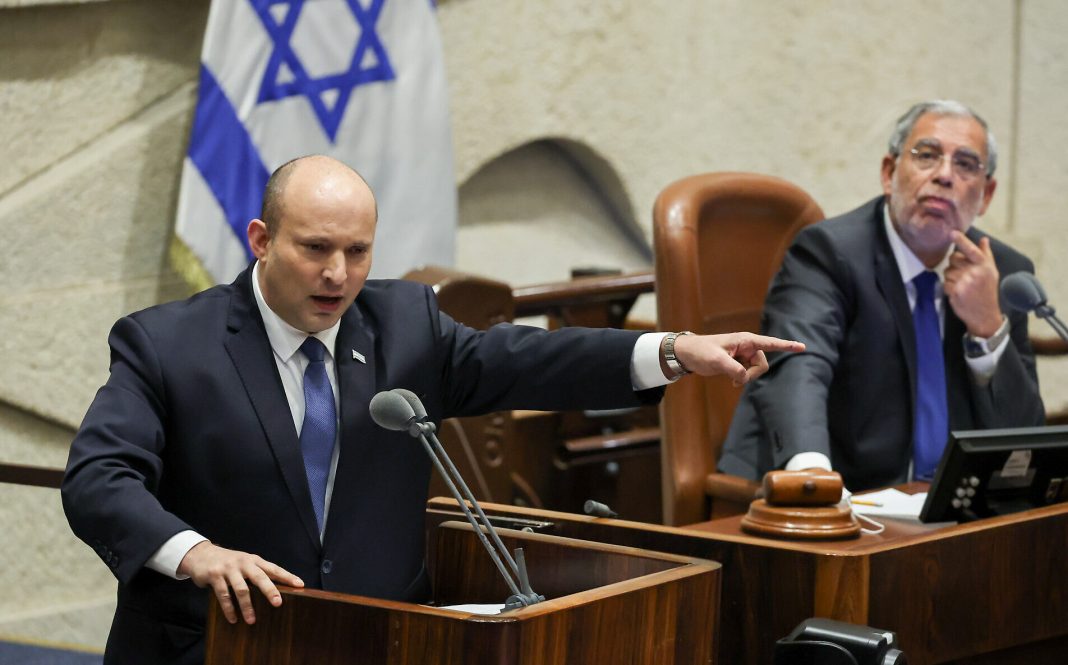 Bennett will step down and be replaced by Foreign Minister Yair Lapid, his partner in the unlikely coalition of opposites that brought former Prime Minister Benjamin Netanyahu’s record 12-year rule to an end a year ago.

Bennett and Lapid have decided to call a vote to dissolve parliament in the coming days, according to Bennett’s office. After that, Lapid will serve as acting Prime Minister until new elections can be held.

“I believe the government has done an excellent job in the last year. “It’s a pity the country has to be dragged into elections,” Defense Minister Benny Gatto said.

“But we will continue to function as a temporary government as much as possible,” he said.

Lapid and Bennett in June 2021 had formed an unlikely coalition after two years of political stalemate, ending Netanyahu’s stay in power.

The government of right-wing, liberal and Arab parties was fragile from the start.

With a razor-thin parliamentary majority and divided on major policy issues such as Palestinian statehood, Israel’s occupation of the West Bank, and state and religion issues, the eight-faction alliance began to fracture when a handful of members abandoned the coalition.

It lost its majority in Israel’s 120-seat parliament in April when a member of Bennett’s Yamina party announced her departure.

Recent divisions over the renewal of a measure that allows illegal Jewish settlers in the occupied West Bank to live under Israeli law caused fresh friction, with some Palestinian lawmakers refusing to back it.

The alliance made a series of accomplishments, including passing the first national budget in several years and navigating a pair of coronavirus outbreaks without imposing any lockdowns.

But eventually it unravelled, in large part because several members of Bennett’s hard-line party objected to what they felt were compromises made by him to keep the coalition afloat and his perceived moderation.

The dissolution threatened to overshadow a visit scheduled next month by President Joe Biden. Israeli media quoted Biden’s ambassador, Tom Nides, as saying the visit would take place as planned.

The new vote could set the stage for a return to power by Netanyahu, who is now the opposition leader.

Opinion polls have forecast that Netanyahu’s hard-line Likud will once again emerge as the largest single party. But it remains unclear whether he would be able to muster the required support of a majority of lawmakers to form a new government.