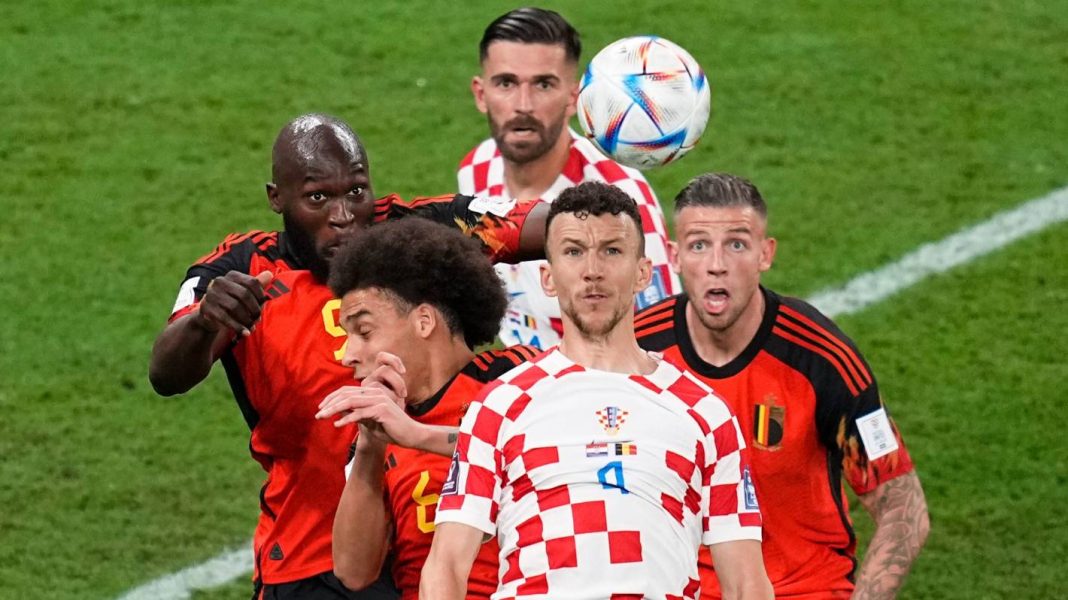 West News Wire: After a scoreless draw with Croatia, Belgium was eliminated from the World Cup, bringing an end to the so-called “Golden Generation” of players from that nation.

The second-best team in the world, coached by Roberto Martinez, struggled to create any cohesion in Thursday’s match at the Ahmad bin Ali Stadium, and their valiant efforts to tie the score in the second half finally failed.

After a dull first half in which neither team managed to score a chance on goal, Belgium substituted striker Romelu Lukaku. However, it was Croatia who came out firing after the break, with Marcelo Brozovic and Luka Modric forcing successive saves from Thibaut Courtois.

Lukaku then rattled the post with a fierce shot from close range on the hour mark as Belgium pushed desperately for the goal that would send them through.

He went on to waste several more goalmouth opportunities as the clock ticked toward full-time, displaying a lack of match sharpness following a prolonged period out with injury.

The stalemate left the Red Devils stranded in third place in Group F, with Croatia one spot above them and Morocco finishing top of the pile following their 2-1 win over Canada.

The 2018 runners-up will face the winners of Group E which could be Spain, Japan or Costa Rica on Monday.

Morocco, who have reached the knockout stages for the first time since 1986, will play the runners-up from Group E, which also includes four-time champions Germany, the following day.

Belgium’s “Golden Generation” now featuring six players with more than 100 appearances is set to split up with the World Cup semifinal appearance in 2018 as its peak.

Unlike their impressive showing four years ago in Russia, The Red Devils managed just one goal in this year’s tournament in a fortunate opening 1-0 win over Canada.

In a bid to spark his squad to life, Martinez dropped captain Eden Hazard to the bench as one of four changes to the side on Thursday which also saw Leandro Trossard and Dries Mertens start for the first time in Qatar.

But their build-up to the match was marred by rumours of infighting between senior players during the tournament reports Martinez had dismissed as “fake news”.

The 49-year-old, who has been in charge for more than six years, was asked after the game if he will remain as coach in the wake of his side’s forgetful campaign.

“Now, is not the moment [to discuss that],” he answered.