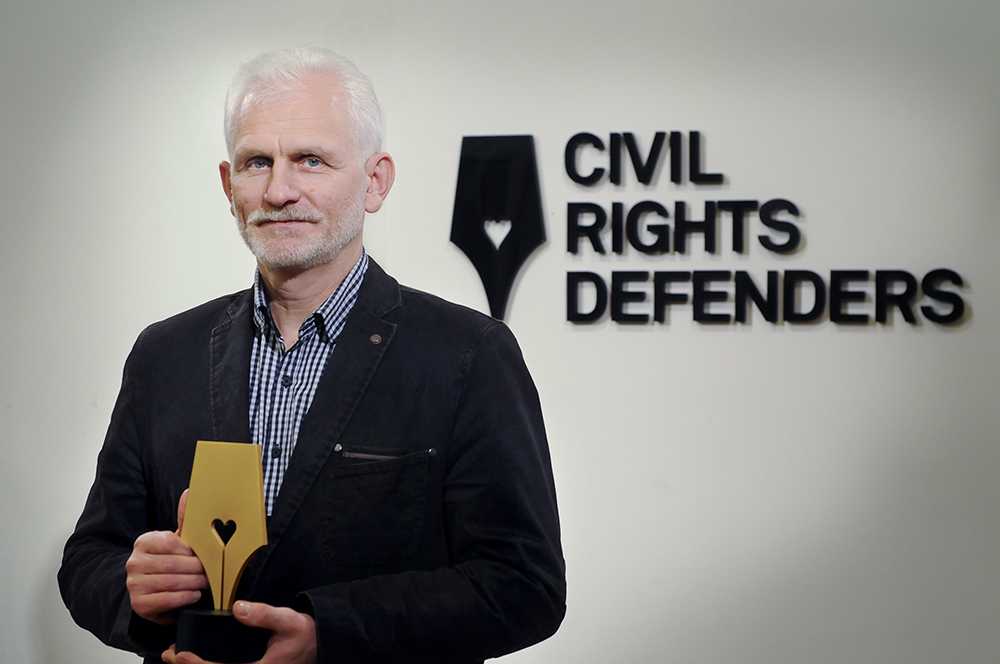 Ales Bialiatski, a prison inmate from Belarus, Memorial, a Russian organization, and Center for Civil Liberties, a Ukrainian organization, were all given the 2022 Nobel Peace Prize by the Norwegian Nobel Committee. The fourth laureate to receive recognition while incarcerated is Bialiatski.

“We are in the midst of a war and we are talking about two authoritarian regimes and one nation fighting a war and we would like to highlight the importance of civil society,” she said.

In Ukraine, there was some resentment at awarding the Ukrainian group alongside activists from Russia and Belarus, whose government allowed Russian forces to attack Ukraine from its territory.

Ukrainian presidential adviser Mykhailo Podolyak tweeted that the Nobel committee has “an interesting understanding of the word ‘peace’ if representatives of two countries that attacked a third one receive” the prize together.

“Neither Russian nor Belarusian organizations were able to organize resistance to the war,” he said.

Belarus’ Foreign Ministry denounced the Nobel Committee for honoring Bialiatski, with the spokesman calling its choices in recent years so “politicized” that “Alfred Nobel got tired of turning in his grave.”

Olav Njølstad, director of the Norwegian Nobel Institute, retorted: “Well, I’m quite sure we understand Alfred Nobel’s will and intentions better than the dictatorship in Minsk.”

Asked whether the Nobel Committee was intentionally rebuking Putin, whose 70th birthday is Friday, Reiss-Andersen said the prize was not against anyone but for the democratic values the winners champion. However, she did note that both the Russian and Belarusian governments were “suppressing human rights activists.”

It was the second straight year that Putin’s repressive government was implicitly rebuked with the prize. It was awarded last year t o Dmitry Muratov, editor of the independent Russian newspaper Novaya Gazeta, and Philippine journalist Maria Ressa, for their efforts to safeguard freedom of expression. Both have struggled in the past year.

Bialiatski was a leader of the democracy movement in Belarus in the mid-1980s and has continued to campaign for human rights and civil liberties. He founded the non-governmental organization Human Rights Center Viasna.

He was detained following protests in 2020 against the re-election of Belarusian President Alexander Lukashenko. He remains in jail without trial and faces up to 12 years in prison if convicted.

“Despite tremendous personal hardship, Mr. Bialiatski has not yielded one inch in his fight for human rights and democracy in Belarus,” Reiss-Andersen said.

Pavel Sapelko, one of the leaders of Viasna, told The Associated Press that the Belarusian authorities will not be able to ignore the fact that Bialiatski won the prize.