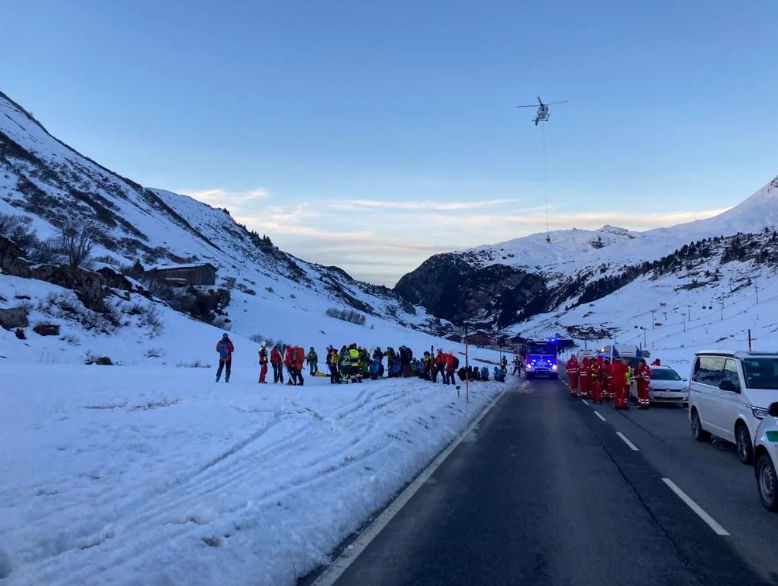 On Sunday at around 3 p.m. (14:00 GMT), an avalanche happened in the Lech/Zuers free skiing area.

According to video taken by a witness, up to 10 people were first thought to be missing. However, eight of those persons have since been located and are no longer believed to be buried, according to a rescue team official who was quoted by the DPA news agency.

One of them who was saved was hurt and was transported by helicopter to an Innsbruck hospital.

Regional security council member Christian Gantner told the Austrian Press Agency that although one person was harmed, he was able to release himself and travel to a different hospital (APA).

Six other people spotted in the video were uninjured.

The fate of the final two was unknown, APA reported.

About 200 rescue workers were searching the avalanche site near the town of Zuers.

Searchlights were set up on the snow mass to continue the search after darkness fell on Sunday, and dogs were being used to try to find the missing.

The avalanche occurred on the 2,700-metre (nearly 9,000-foot) high Trittkopf mountain between Zuers and Lech am Arlberg, and the cascading snow reached as far as nearby ski trails.

It followed days of snow in the high alpine region and unseasonably warm weather on Christmas Day.

The local mountain rescue service had rated the avalanche danger as “high”.