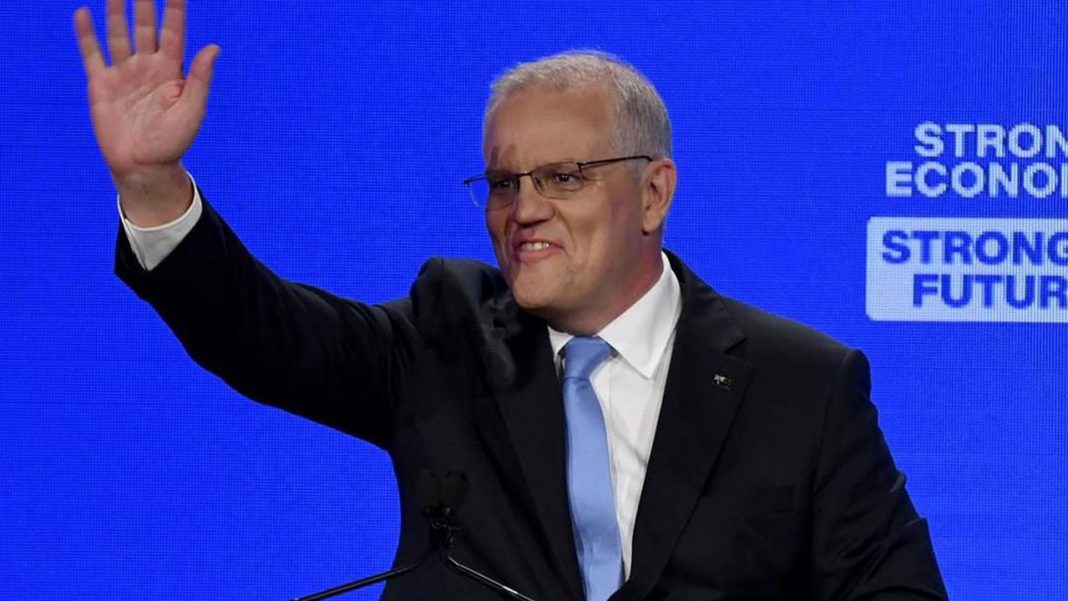 In most surveys, Prime Minister Scott Morrison’s coalition is trailing the opposition Labor Party, which is seeking a rare fourth three-year term in elections on Saturday.

Morrison centred his party’s start on economic management, which has always been considered as his conservative Liberal Party’s strength.

“A choice between a great economy or a weaker economy that just makes your life harder, not better,” he said of the election.

“A choice between a stronger future or a more uncertain one in an already terribly uncertain world,” Morrison added.

As well as the pandemic, Australians have been battered by unprecedented wildfires, floods, drought, heat waves and a mouse plague.

Morrison’s government was widely praised for keeping Australia’s COVID-19 death toll relatively low in the first two years of the pandemic. But more transmissible variants have overwhelmed defenses and Australia now has one of the world’s highest infection rates.

Australia’s economic recovery from the pandemic had been faster and stronger than the United States, United Kingdom, France, Germany, Italy, Canada and Japan.

But rising inflation has made Australians’ cost of living, including housing costs, a prominent election issue.

The contentious policy could lead to an increase in housing prices, which soared 24% last year and are a significant driver of inflation.

Morrison’s critics say he acknowledged his popularity was a liability to his government last week when he promised to be a more empathetic leader if reelected.

Morrison said the extraordinary challenges of the pandemic had forced him to be “a bit of a bulldozer” as prime minister during his first term.

The split of votes between the government and Labor in 2019 was 51.5% to 48.5% the mirror opposite of the result that Australia’s five most prominent polls predicted.

An inquiry by Australia’s market and social research industry peak body found that Labor voters were overrepresented in survey samples.