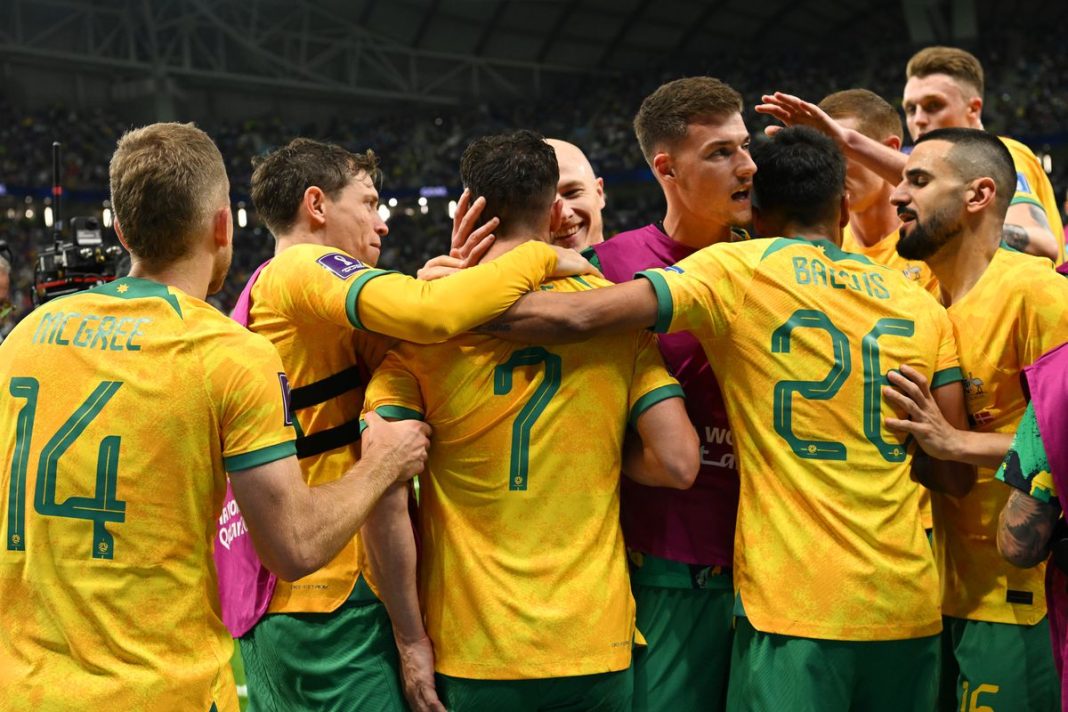 West News Wire: Australia defeated Denmark 1-0 to advance to the World Cup’s knockout round for the first time in 16 years, due to a goal by Mathew Leckie in the second half.

Since 2006, when they last made it past the group stage, Australia hasn’t participated in the knockout round.

At Al Janoub Stadium, the Socceroos kept Denmark at bay until savagely attacking them on the break in the 60th minute. Leckie surged into the Danish half, caught defender Joakim Maehle off guard, and blasted low past goalkeeper Kasper Schmeichel.

In a frantic attempt to score the goals his team has been lacking in Qatar, Kasper Hjulmand, the coach of Denmark, called on all the attacking firepower he could summon.

But Australia held on to claim second place in Group D behind France. A second-half goal helped Tunisia beat France but Australia’s win over Denmark sealed their exit.