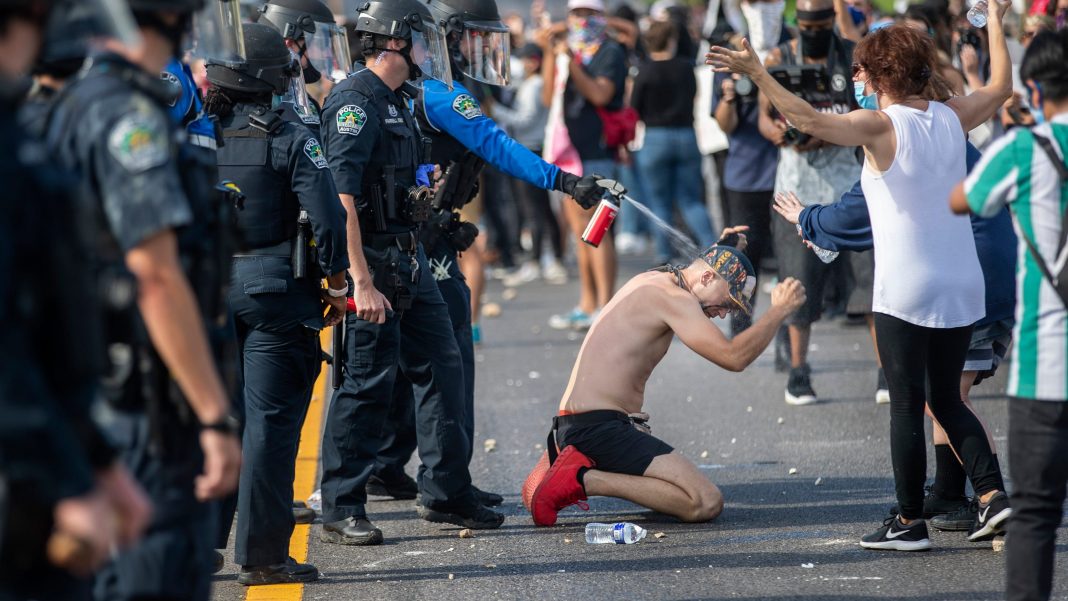 West News Wire: The mayor of Austin has agreed to pay a total of $10 million to two protesters who were hurt by police during the city’s 2020 racial justice demonstrations.

According to two civil lawsuits filed against the city, two protesters, Justin Howell and Anthony Evans, were severely injured when police used “less-lethal” ammunition as a form of crowd control during protests following the deaths of George Floyd and Michael Ramos, who were killed by an Austin Police officer.

Howell was critically injured on May 31, 2020, when an officer shot him with “less-lethal” ammunition in downtown Austin, then-Police Chief Brian Manley told KVUE the next day. Howell, who was a 20-year-old political science major at Texas State University at the time, suffered a fractured skull. He filed a civil lawsuit against the city in the Western District of Texas in August 2021.

Evans was peacefully protesting at the Austin Police Department headquarters on June 6, 2020, when he was hit with bean bags and foam bullets deployed by officers, KVUE reported. Evans spent his 26th birthday undergoing surgery on his face, telling the station that his jaw looked like he “got hit by a car.” Evans underwent two surgeries, had a metal wire placed in his mouth for six weeks and now has a permanent titanium plate in his jaw.

Evans filed his lawsuit against the city in the Western District of Texas in October 2020.

In a statement to reporters, a City of Austin spokesperson said the city was settling lawsuits filed by two individuals who “suffered significant injuries” in the protests. The “significant dollar amounts” included in the settlement stem from the plaintiffs’ “need for ongoing and long-term care,” the spokesperson said.

“We have reviewed the totality of the circumstances surrounding the protests, and we believe it is in the best interest of these plaintiffs and the City of Austin to resolve these cases now,” the statement read. “We have other claims and lawsuits that have been filed as a result of injuries during the protests, and we will review each of those matters individually.”

Eleven Austin officers were disciplined for their actions during the protests after Manley completed his review of all known complaints and incidents involving officers during the demonstrations.

The Austin Police Department was not adequately prepared for the size of the crowd during the 2020 protests and did not anticipate the injuries that would occur from the “less-lethal” rounds, Austin Police Chief Joseph Chacon said in a statement. The department now prohibits less-lethal ammunition for crowd control.

“I understand the Council’s decision to settle these two cases now, and our hearts go out to these two individuals who received serious injuries during the May 2020 protests,” Chacon said.