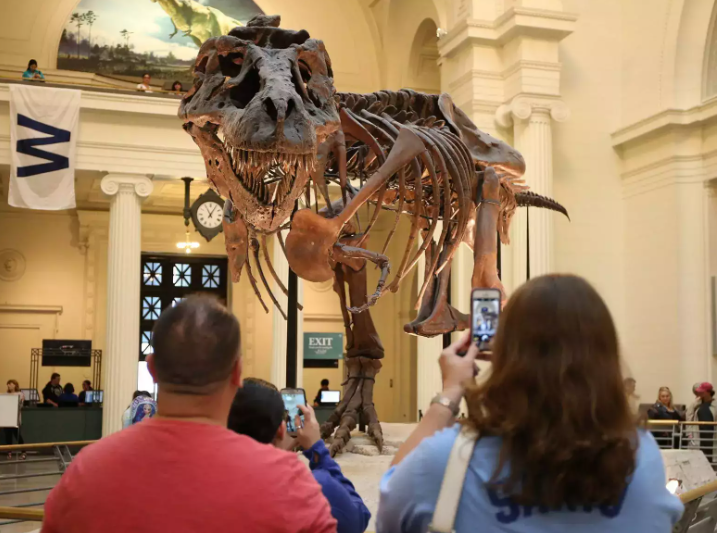 West News Wire: On Thursday, a very vicious predator’s skeleton will be auctioned off.

According to a Sotheby’s announcement, the centerpiece of the Natural History auction in New York will be a petrified Gorgosaurus, a related of the T. Rex.

According to the auction house’s presale predictions, the specimen should bring in between $5 million and $8 million. The skeleton is the first of its sort to be sold at a private auction.

The Natural History Museum claims that Gorgosaurus, whose name translates as “fierce lizard,” was discovered in Canada and the western United States.

Scientists claim that despite being smaller than his T. Rex relatives, the Gorgosaurus was faster and had a more powerful bite.

The fossil for sale is 76 million years old and is nearly 10 feet tall and 22 feet long. It was discovered in 2018 in the Judith River Formation near Havre, Montana, the auction house told The Associated Press.