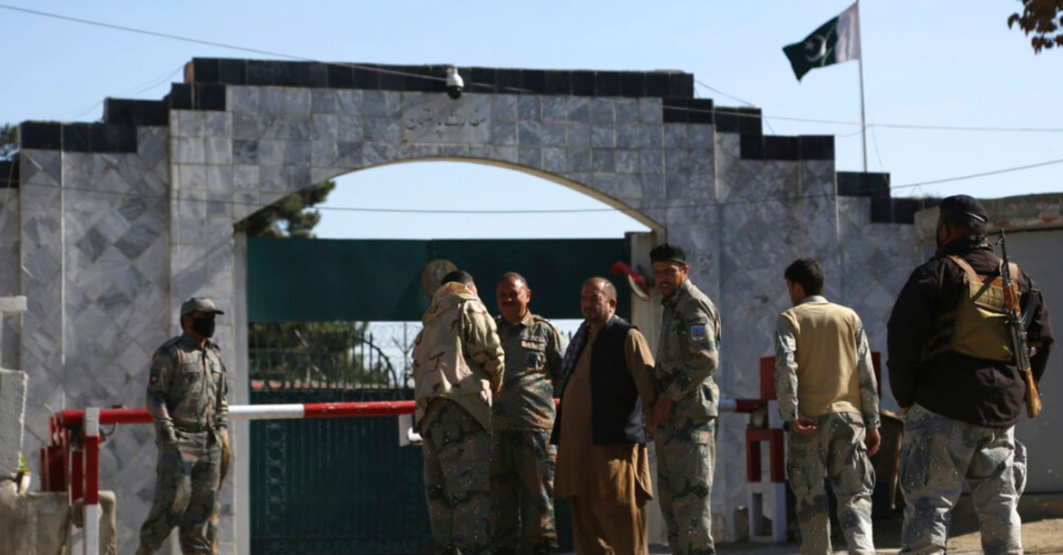 West News Wire: Last week’s shooting at the Pakistani embassy in Afghanistan, in which the head of mission managed to flee unscathed but a guard was injured, was blamed on the Islamic State group.

IS said two of its fighters attacked “the renegade Pakistani ambassador and his guards” when they were in the yard of the Pakistani embassy, wounded a guard and causing damage to the structure in a brief statement late Saturday. There were no more details provided.

A Pakistani security guard who is a member of the military’s commando squad, Israr Mohammad, was hurt during the attack on Friday in the Afghan capital Kabul. Ubaid-ur-Rehman Nizamani, the mission’s leader, remained uninjured.

The strike occurred as tensions between the South Asian neighbors were increasing over Islamabad’s allegations that militant attacks are being planned by anti-Pakistan government elements from bases in Afghanistan.

Mohammad was transported to Pakistan for medical treatment.

In Islamabad, the Foreign Ministry said it trying to confirm the IS claim.

Read More
Blast at entrance of school in Kabul, 50 killed including children