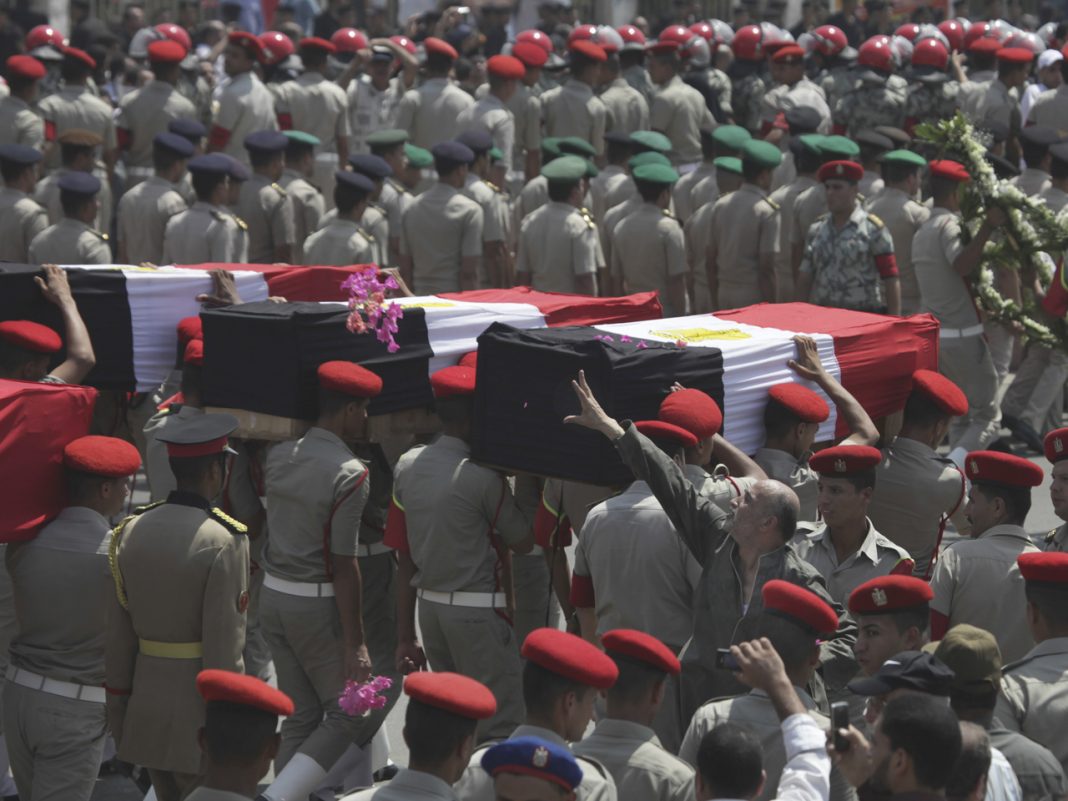 West News Wire: According to an army spokesman, at least 11 Egyptian military personnel, including an officer, were killed in an armed attack on the Sinai Peninsula, while security forces “foiled a terrorist attempt” on a water-lifting station east of the Suez Canal.

The incident also injured five security personnel. “Terrorist elements are being pursued and besieged in one of Sinai’s most isolated places,” the official stated on Saturday.

President Abdel Fattah el-Sissi expressed his sorrow for the soldiers’ deaths in a Facebook post, vowing to keep combating the rebels and “uprooting terrorism.”

The military gave no further details or the attack’s precise location, but two northern Sinai residents told Associated Press the attack took place in the town of Qantara in the province of Ismailia, which stretches eastwards from the Suez Canal.

No group claimed responsibility for Saturday’s ambush, one of the deadliest attacks against Egyptian security forces in recent years.

Last week, suspected fighters blew up a natural gas pipeline in northern Sinai’s town of Bir al-Abd, causing a fire but no casualties.

Egypt has been battling armed groups loyal to ISIL (ISIS) in the Sinai Peninsula which intensified after the military overthrew the Muslim Brotherhood leader Mohamed Morsi the country’s first democratically-elected president in 2012.

In August, the army said 13 fighters had been killed and nine of its soldiers were “killed or wounded” during clashes in Sinai, without indicating when the fighting had taken place.

In recent years, pipelines carrying Egyptian oil and gas to neighbouring Israel and Jordan have been the primary focus of armed attacks.

In November, Egypt agreed with Israel to boost its troop numbers around the border town of Rafah in order to quell armed groups.

The pace of armed attacks in Sinai and elsewhere has slowed to a trickle since February 2018, when the military launched a huge operation in the region as well as parts of the Nile Delta and deserts along the country’s western border with Libya.

More than 1,000 suspected fighters and dozens of security personnel have been killed since the start of operations, according to official figures.

The fight against armed groups in Sinai has largely taken place hidden from the public eye, with journalists, non-residents and outside observers barred from the area.

The conflict has also been kept at a distance from tourist resorts at the southern end of the peninsula.