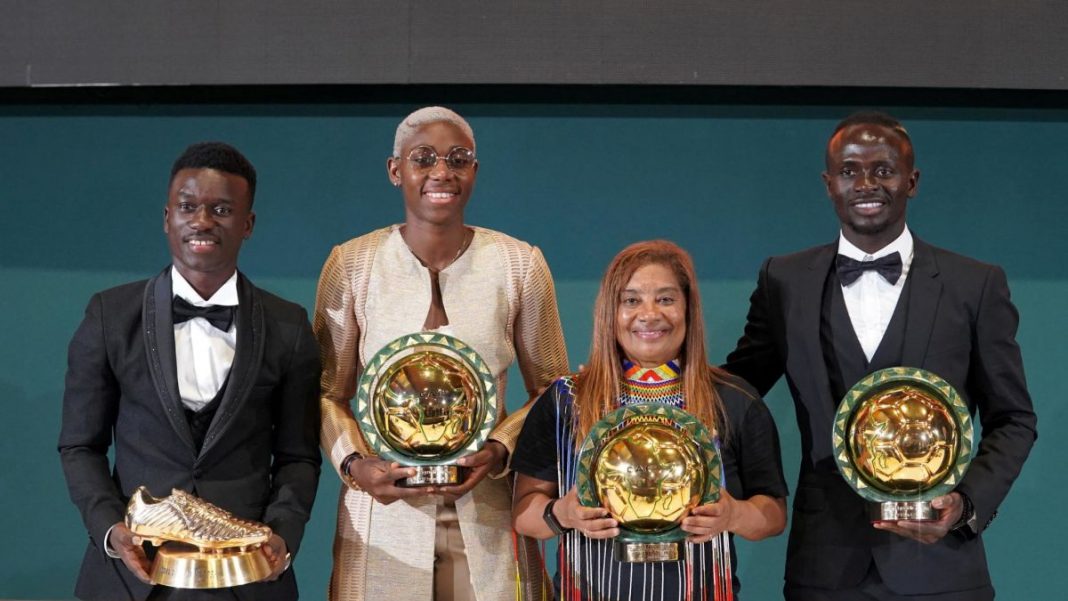 West News Wire: Sadio Mane has been named African Footballer of the Year after a season in which he assisted Senegal in capturing their first Africa Cup of Nations title and then repeated the feat to ensure World Cup qualification.

The 30-year-old forward player won the trophy for the first time in 2019 while he was playing for English club Liverpool. He recently signed a three-year contract with German powerhouse Bayern Munich.

Mane stated on Thursday, “I am incredibly honored and highly thrilled to get this award again. “Thanks to my coaches, my teammates on the club and national teams, and those friends who supported me through the tough times,”

“I dedicate this award to the youth of Senegal. I’m very emotional and don’t have the words to express how I’m feeling,” he added.

The 27-year-old Barcelona forward was forced to miss the ongoing Women’s Africa Cup of Nations in Morocco due to an injury.

Mane was in the Moroccan capital, Rabat, to receive the award after a dash across the Atlantic having converted a penalty for his new club in a 6-2 pre-season friendly win over DC United in Washington on Wednesday.

He won ahead of former Liverpool teammate Mohamed Salah from Egypt and fellow Senegal international and Chelsea goalkeeper Edouard Mendy.

Mane and Salah played pivotal roles last season with Liverpool, who lifted the FA Cup and English League Cup and finished runners-up in the Premier League and Champions League.

Salah has since signed a new contract at Anfield while Mane opted for a move, with Bayern reportedly paying an initial 32 million euros ($32.5m) that could rise to 41 million euros ($41.7m).

In February, Mane converted the decisive fifth penalty to give Senegal a 4-2 shoot-out victory over Egypt and a first Africa Cup of Nations title after the final ended 0-0 in Yaounde, Cameroon’s capital.

A month later, Mane was once again the shoot-out match-winner against Egypt, this time in a World Cup playoff near Senegal’s capital, Dakar, after a 1-1 aggregate impasse.

Born in a village nearly 400km (250 miles) from Dakar, Mane attracted the attention of Metz having played for local second-tier club Generation Foot.

After enhancing his reputation at Salzburg, Mane joined Southampton, where his feats included scoring a record-breaking 176-second Premier League hat-trick against Aston Villa.

In mid-2016, the Senegalese signed for Liverpool and went on to form a fearsome front three with Salah and Brazilian Roberto Firmino.

As Mane moved to Bayern, Liverpool manager Jurgen Klopp said: “My only criticism of Sadio is that maybe at times he is the only one not to realise just how good he is.”