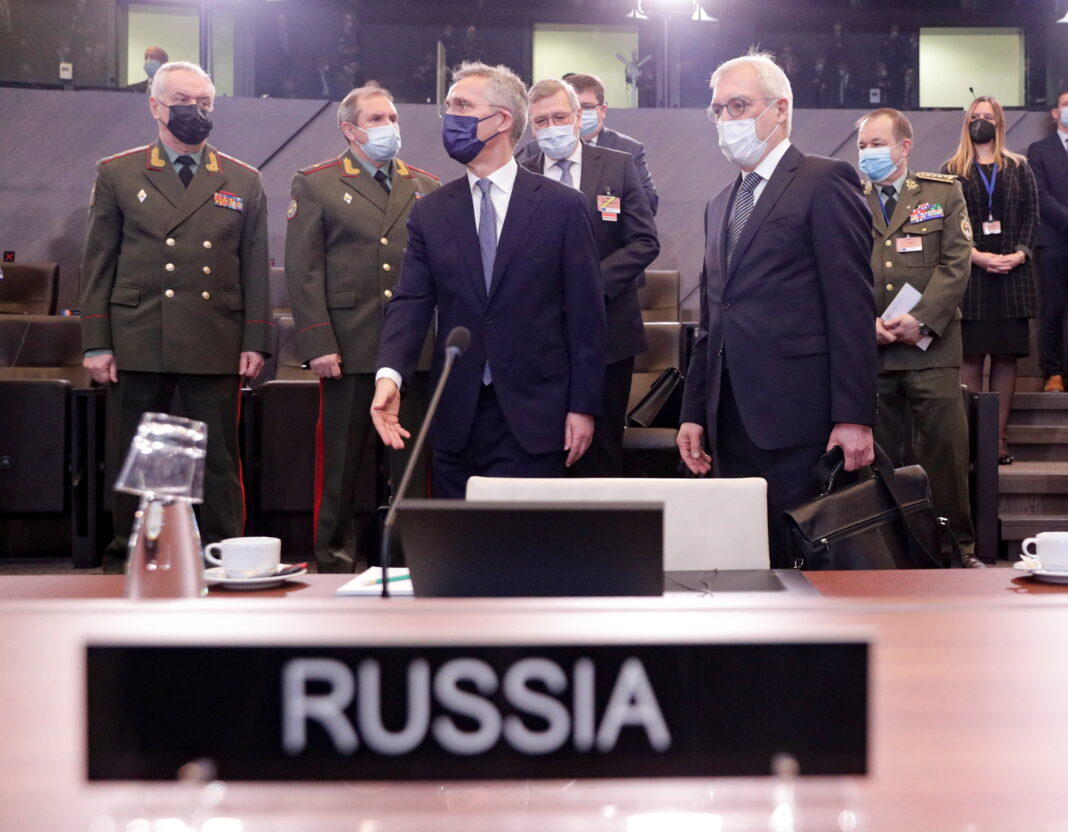 West News Wire: Russia has labelled its security talks with the US and NATO this week as “unsuccessful,” claiming that core concerns remain unresolved.

Dmitry Peskov, a Kremlin spokesman, said on Thursday that the two rounds of talks so far in Geneva and Brussels had yielded some “good aspects,” but that Moscow was still hoping for solid outcomes.

The discussions, which moved to Vienna on Thursday for an OSCE summit, are focused on Russia’s security demands from the West and its army buildup near Ukraine.

The military deployments have alarmed Kyiv and its allies, prompting calls for the soldiers to be withdrawn and warnings from the West that if Russia launches an attack, it would face serious consequences.

Moscow has said it has no plans to invade Ukraine, which is already battling Russia-backed separatists in its east and saw the Crimean Peninsula annexed by Russian forces in 2014.

Russian officials have stressed that they can deploy forces on their territory how they choose and blamed NATO for destabilizing the region.

The Kremlin’s list of security demands from the West includes legally binding promises that NATO will never allow former Soviet republic Ukraine to become a member and that the organisation will pull back troops from former Communist states in central and eastern Europe that joined the alliance after the Cold War.

The US describes the requests are “non-starters”, but along with NATO says it is willing to hold talks with Russia on arms control, missile deployments and confidence-building measures.

At the OSCE meeting, Poland’s foreign minister warned on Thursday that Europe is nearer to war than it has been in 30 years due to the current tensions.

Addressing envoys from OSCE’s 57 members, Zbigniew Rau did not name Russia, but mentioned tensions in Ukraine, Georgia, Armenia and Moldova  all countries with active or frozen conflicts involving Russia.

“It seems that the risk of war in the OSCE area is now greater than ever before in the last 30 years,” Rau said in a speech outlining his country’s priorities as it holds the organization’s rotating chairmanship this year.

“For several weeks, we have been faced with the prospect of a major military escalation in Eastern Europe,” he said.

Poland is among NATO’s most hawkish members confronting what it sees as Russia’s revisionist ambitions in Eastern Europe.

“We should concentrate on a peaceful resolution of the situation in and surrounding Ukraine,” Rau added, urging “complete respect for Ukraine’s sovereignty, territorial integrity, and unity within internationally recognised boundaries.”

In response, Russia’s representative to the OSCE stated that if necessary, Moscow would take actions to protect its national security.

“If we don’t get a positive reaction to our suggestions in a fair amount of time, and hostile behavior toward [Russia] persists, we’ll have to take the necessary steps to restore strategic balance and eliminate intolerable risks to our national security,” Alexander Lukashevich said.