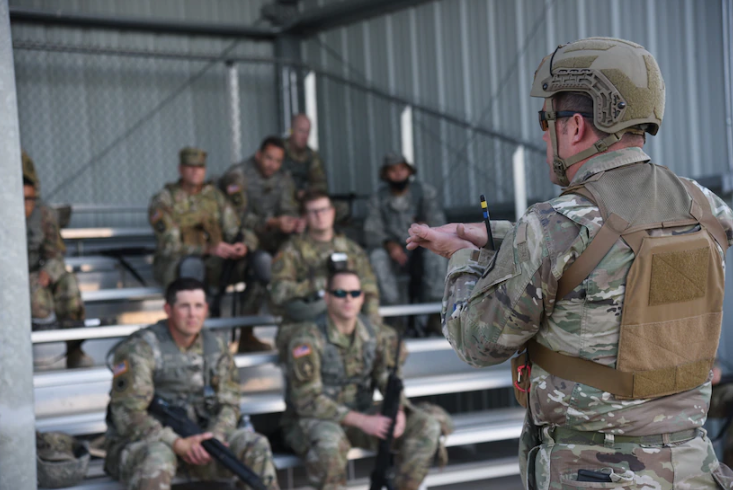 West News Wire: Senior U.S. Army officials disclosed to Congress on Tuesday that the total size of the active-duty arm of the service will be 10,000 soldiers less than had been projected, adding to the Army’s recruiting difficulties this year.

Army authorities attribute the declining number of young people who can achieve their stringent eligibility requirements to the tight job market, where private enterprises are boosting pay.

The “end strength,” as the entire number of soldiers in the Army is referred called, is reached either by retaining existing soldiers or by recruiting new ones. Retention rates for the fiscal year 2022, which ends in September, are higher than anticipated, but Army recruiting is not doing as well as expected.

“The Army active-duty enlisted recruiting goal for the FY22 is 60,000 based on the 476,000 end-strength goal announced in March. As of mid-July, the Army has recruited nearly 30,000 enlisted Soldiers, 50% of our mission,” Lt. Col. Randee Farrell, the spokeswoman for Army Secretary Christine Wormuth, said in a statement to news channels.

Back in March, already facing recruiting challenges, the Army had reduced its annual recruiting target by 15,000 recruits.

On Tuesday during a House Armed Services subcommittee hearing, Gen. Joseph Martin, the Army’s vice chief of staff, acknowledged that the Army’s recruiting challenges will mean it will fall about 10,000 soldiers short of meeting its projected end-strength goal.

“We believe that will land at 466,400 for this year for an end strength if we make our recruiting objectives,” Martin said. “If we’re over or under that will impact next year’s and strength, as well. We’re taking that all into account.”

Rep. Jackie Speier, D-Calif., cited new Army information provided to another House committee that the Army would have an even more “dramatic” drop in the fiscal year 2023.

Martin confirmed Speier’s numbers and said he was planning for it to be higher, though it would all depend on recruiting.

The big drop in recruiting is blamed on the tight post-COVID labor market and rising incentives from private companies to hire employees. The shrinking number of young Americans eligible to meet their recruiting standards has also shrunk from 29% to 23%.

“Right now what we’re experiencing and the why of what we think’s going on right now is we’ve got unprecedented challenges with both a post-COVID-19 environment and labor market, but also competition with private companies that have changed their incentives over time,” Martin said.

“You’ve seen that with the various incentives that companies have provided, and then what we call a decrease as a result of that, a decreasing propensity and requisite qualifications to serve,” he added.

What impact the Army’s end-strength drop will have on readiness remains to be seen.

“The Department is in fierce competition for skilled, relevant and innovative talent. The labor market, exacerbated by the effects of the pandemic and the military-civilian divide, creates a challenging recruiting environment,” Gilbert Cisneros, under secretary of defense for personnel and readiness of the United States, told senators during an Armed Services subcommittee hearing in April.