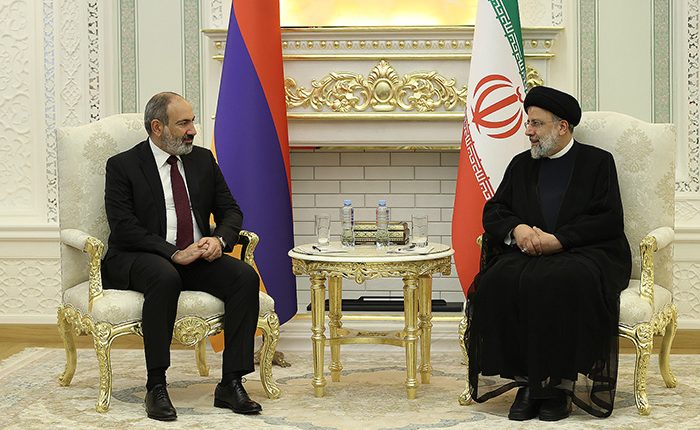 Pashinyan arrived in Tehran on Tuesday at the head of a significant political and business delegation. At Sa’dabad Palace, where the national anthems of the two nations were played, he was formally welcomed by Iranian President Ebrahim Raeisi. The guard of honor was thereafter evaluated by the two top officials.

The discussion about relations between Tehran and Yerevan between Pashinyan and Raeisi then began. Alongside the meeting, governmental and business delegations from the two nations talked about topics of shared interest.

Pashinyan and Raeisi are scheduled to attend a joint press conference afterward.

The visit comes on the heels of a recent trip by Iranian Foreign Minister Hossein Amir-Abdollahian to Armenia.

In his meeting with the Armenian prime minister in Yerevan on October 23, Amir-Abdollahian reaffirmed Iran’s opposition to any change in regional borders.

The top Iranian diplomat underscored the need for promoting the North-South Transportation Corridor through Armenia, saying, “Iran is opposed to any change in regional geopolitics and borders.”