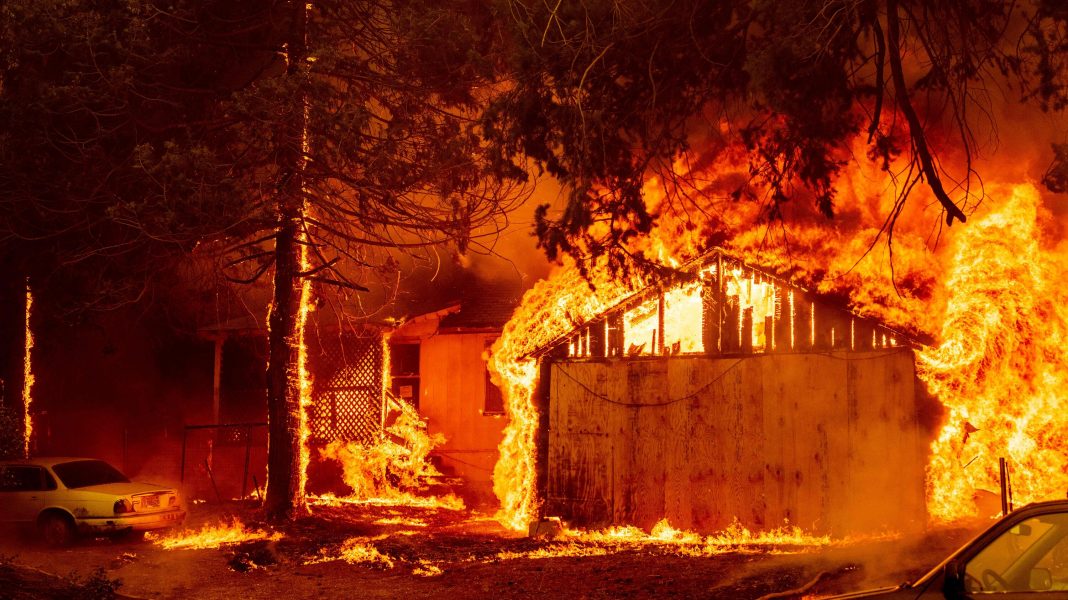 West News Wire: As crews from California to New Mexico fought wildfires that had compelled hundreds of people to evacuate their homes, the Western United States experienced another day of hot, dry, and windy weather on Monday.

Two wildfires that are raging near Flagstaff, Arizona, have forced the evacuation of about 2,500 homes, according to officials at an afternoon briefing.

“We have all experienced the agony of seeing our lovely mountain burn. Coconino County Board of Supervisors Chairwoman Patrice Horstman said, “We acknowledged what an incredibly difficult time this is for those who have been evacuated and for those whose homes have been threatened.

The wildfire prompted the county to declare an emergency. It’s been fueled by high winds that have grounded aircraft as an option for firefighting. Crews are planning on being able to use aircraft Tuesday as winds moderate, authorities said.

Incident Cmdr. Aaron Graeser said the Flagstaff-area fire is one of the country’s top priorities for firefighting resources.

“Every potential fire source was a problem today, and every potential unburned area was receptive to fire today,” Graeser said. “That puts us in an interesting situation of trying to, again, assign resources the best we can based on that.”

Current conditions have also kept fire managers from being able to better map it by air but the fire is estimated to be 8 square miles (20 square kilometers).

Crews were expecting wind gusts up to 50 mph (80 kph) as they battled the blaze that has burned through parts of the footprint left by another springtime fire that destroyed over two dozen homes as well as parts of other fire scars.

So far, one home and a secondary structure have been lost in the fire first reported Sunday, Sheriff’s Office Chief Deputy Bret Axlund said.

The Arizona Snowbowl ski resort closed as a precaution because of the wildfire the second to hit the area this year.

“It’s literally like déjà vu,” said Coconino County sheriff’s spokesman Jon Paxton. “We are in the same exact spot doing the same exact thing as we were a month and a half ago. People are tired.”

Two other smaller wildfires northeast of the blaze were also burning Monday.

Wildfires broke out early this spring in multiple states in the Western U.S., where climate change and an enduring drought are fanning the frequency and intensity of forest and grassland fires.

The number of square miles burned so far this year is more than double the 10-year national average, and states like New Mexico already have set records with devastating blazes that destroyed hundreds of homes while causing environmental damage that is expected to affect water supplies.

Even in Alaska, forecasters have warned that many southwestern fires have grown exceptionally over the last week, which is unusual for that area. Southwest Alaska normally experiences shorter periods of high fire danger because intermittent rain can provide relief, but since mid-May the region has been hot and windy, helping to dry out vegetation.

Favorable weather Monday helped slow the progression of a tundra wildfire just over 3 miles (4.8 kilometers) away from an Alaska Native village. Moderate temperatures and a shift in the wind that had been driving the fire toward St. Mary’s will allow firefighters to directly attack the flames and increase protections for the Yup’ik community.

In California, evacuations were ordered for about 300 remote homes near a wildfire that flared up over the weekend in forest land northeast of Los Angeles near the Pacific Crest Trail in the San Gabriel Mountains.

The National Weather Service issued red flag warnings for high fire danger in central and southern parts of Colorado as well as parts of Arizona, New Mexico and Utah.

Winds are expected to ease after Monday with some moisture moving in later this week in parts of the Southwest, the weather service said.