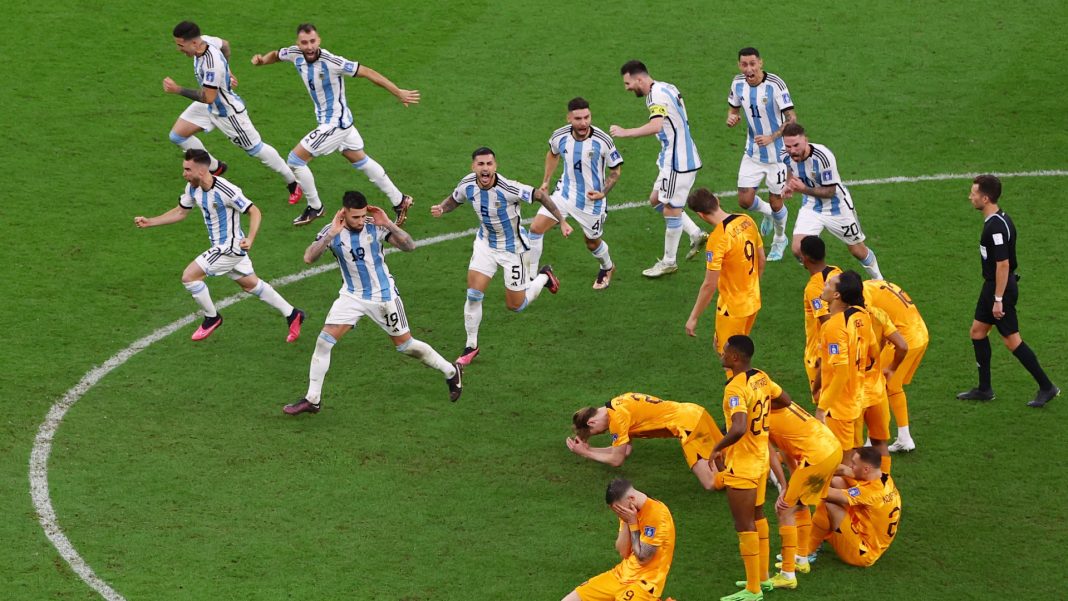 In the game on Friday, which saw a total of 17 yellow cards issued, Argentina appeared to be winning until the Netherlands tied the score in the tenth minute of stoppage time.

No progress was made after an additional 30 minutes.

The Dutch failed to score their first two penalties in the shootout, while Argentina were flawless until they missed their fourth. Lautaro Martinez scored their final spot kick and kept Argentina’s World Cup dreams alive.

The match took a long time to get going. But in the 35th minute, Lionel Messi who else? put together a moment of magic to thread an inch-perfect pass to Nahuel Molina in the box who wasted no time in burying the ball into the back of the net.

The game trundled on until a foul just inside the Dutch penalty area in the 72nd minute had the referee pointing to the spot, and Argentina’s record-breaking Number 10 stood forward once more. The Netherlands’s keeper Andries Noppert could only watch as Messi’s shot rocketed past him to double Argentina’s lead.

In the 83rd minute, five minutes after coming onto the pitch, Wout Weghorst found the net with the Netherlands’s first shot on goal. Two minutes later, Memphis Depay rocketed the ball into the side netting.

A bad-tempered match saw a fracas break out towards the end of normal time, with Argentina’s Leandro Paredes losing his cool and booting the ball into the Dutch dugout the substitutes then storming onto the pitch.

That incident and the other frequent stoppages were enough to add 10 minutes to the clock and that was just enough. A free kick for the Netherlands in the 101st minute of normal time turned out to be a surprise training-ground exercise from the Dutch, as Teun Koopmeiners rolled the ball to the foot of the wall where Weghorst was waiting once more to turn and sweep a shot into the goal to bring the score to 2-2.

Extra time saw tempers flaring again but no goals despite chances at both ends.

The loss brings an end to 71-year-old Louis van Gaal’s tenure as coach of the Dutch national team.

Argentina will play Croatia who sensationally knocked out five-time world champions Brazil, also on penalties in the World Cup semi-final at Lusail Iconic Stadium on Tuesday.