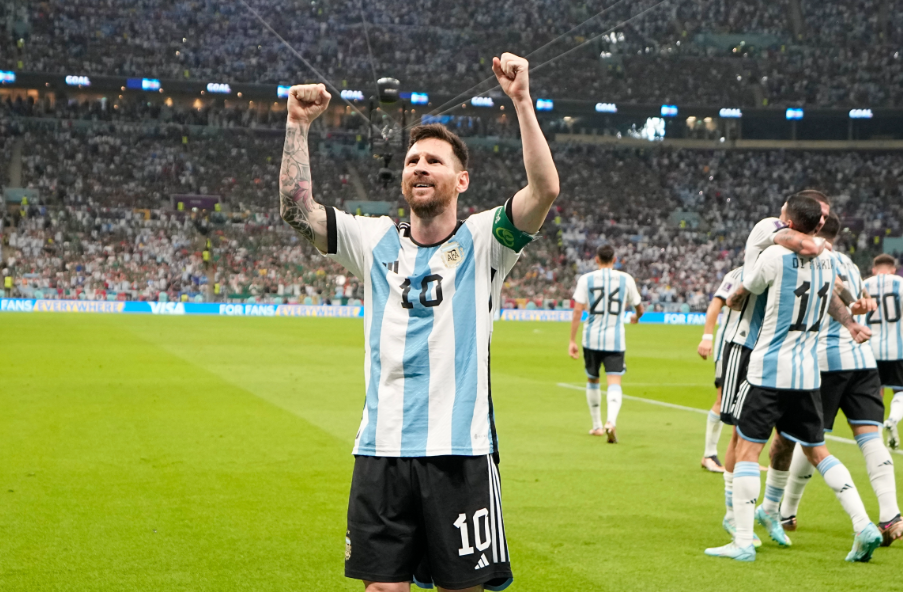 West News Wire: The seats were full even before the players entered the field for pre-game warm-up.

A fortunate 88,966 folks managed to secure the hottest ticket in town.

They came to the magnificent Lusail stadium on Tuesday night to watch Argentina play Croatia. They had came anticipating to watch Lionel Messi, the small player with the number 10 on his Argentina shirt, put on another legendary performance.

Fans attend Argentina’s games in this tournament hoping to see Messi perform, and he did not dissapoint.

Croatia set the pace for the first 30 minutes of the semifinal game, moving the ball around and attempting to disrupt the Argentinian set-up.

The Albicelestes fans were not as boisterous as in other matches. There was tension in the air, and only hardcore supporters dared to make noise.

Messi spent most of the first half hour of the match walking around, appearing to be in no rush, his body language not giving much away.

But, just as when Argentina faced Mexico and then against the Netherlands, Messi’s moments of magic were coming.

“We did not start well. Messi did not see a lot of the ball because of the way Croatia started,” said Cristian Rolero, an Argentinian who travelled from Miami to see his hero in action.

“Messi is God. How else do you describe what we saw tonight? Incredible player. There is no other player like him. Never, ever,” he said.

Croatia were in a confident mood looking to reach back-to-back World Cup finals and become the first team since Brazil in 2002 to do so.

But the Argentinian left-footer, who has won the Ballon d’Or seven times, had different plans. On the night that he joined German footballer Lothar Matthaus as joint holder of the record number of World Cup appearances at 25, Messi capped his landmark match with a memorable performance against Croatia.

After Croatia goalkeeper Dominik Livakovic fouled Julian Alvarez, Argentina’s all-time record goalscorer stepped forward and coolly dispatched the penalty. It was Messi’s fifth goal in this tournament, and he was not finished. He smelled blood and soon went on the rampage.