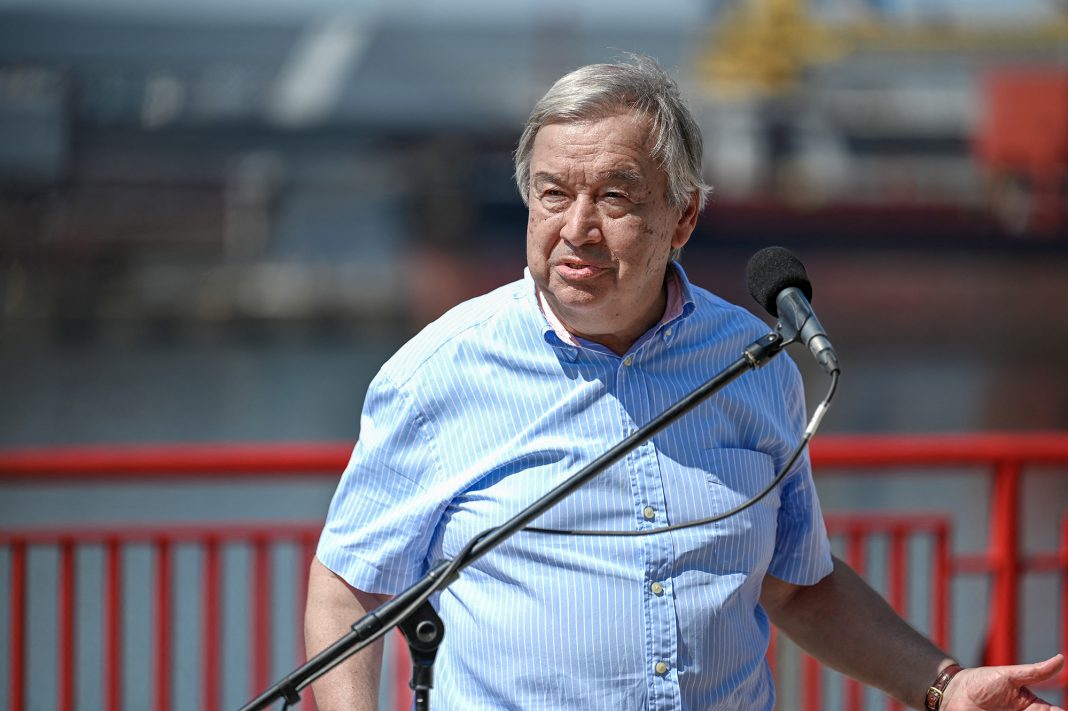 West News Wire: During his visit to Ukraine, UN Secretary-General Antonio Guterres is in the Black Sea port of Odesa, where he is concentrating on a deal that will allow Ukrainian grain to be exported to international markets.

A deal was mediated by the UN and Turkey earlier this year, allowing Ukraine to export 22 million tonnes of corn and other commodities that had been trapped in its Black Sea ports since the Russian invasion.

Guterres says there is still much more to do to ensure full global access to Ukrainian food products and Russian food and fertilisers after a UN-brokered food export deal.

At a briefing in Ukraine’s Black Sea port of Odesa, Guterres said developing countries needed help to buy such grain and called for unimpeded access to global markets for Russian food and fertilisers which are not subject to sanctions.

“This is an agreement between two parties locked in bitter conflict. It is unprecedented in scope and scale. But there is still a long way to go on many fronts,” he said.

“It is time for massive and generous support so developing countries can purchase the food from this and other ports and people can buy it,” he said.

Guterres has said the Russian-occupied Zaporizhzhia Nuclear Power Plant should not be cut off from Ukraine’s grid.

“Obviously the electricity from Zaporizhzhia is Ukrainian electricity. This principle must be fully respected,” he said during a visit to Odesa.