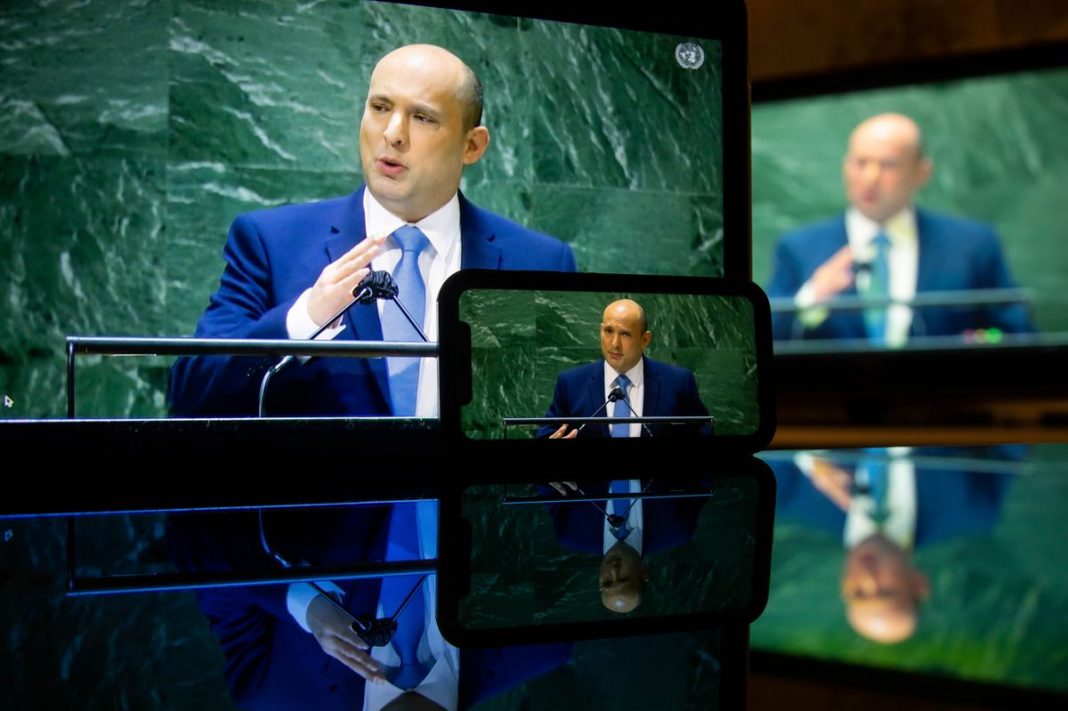 West News Wire: The declaration by Ghaida Rinawie Zoabi significantly erodes Bennett’s hold on Israel’s 120-seat parliament, reducing the coalition to 59 seats. Two other members of his own party have already resigned.

The member of Israel’s parliament announced her resignation from the ruling coalition on Thursday, leaving embattled Prime Minister Naftali Bennett in charge of a shaky minority administration.

The resignation of Rinawie Zoabi raises the prospect of new parliamentary elections less than a year after the administration gained office. While Bennett’s government remains in power, it is now more hampered in parliament and will most likely struggle to function.

In a letter to Bennett, Rinawie Zoabi, who hails from the dovish Meretz party, said she was leaving the coalition because she said it too often adopted nationalist positions on issues of importance to her constituents, Palestinian citizens of Israel.

She cited Israel’s conduct at Jerusalem’s Al-Aqsa Mosque, which in recent weeks has been the site of clashes between police and protesters, as well as continued settlement building and the beating by police of pallbearers at the funeral of a well-known Al Jazeera journalist shot while covering confrontations between Israeli forces and Palestinians.

“Enough. I cannot continue to support a coalition that in such a shameful way hounds the society from which I came,” she wrote.

As part of their union, the parties agreed to set aside divisive issues, like Palestinian statehood, and focus instead on topics such as the coronavirus pandemic and the economy.

But a wave of Israeli-Palestinian tensions, set off by several deadly Palestinian attacks against Israel and Israeli arrest raids in the occupied West Bank, and fueled by repeated clashes between Israeli police and Palestinian protesters at Al-Aqsa, has shaken the coalition’s stability. Mansour Abbas, the head of the Islamist party, briefly suspended his faction’s membership in the coalition over the events, before rejoining shortly after.

Bennett’s coalition recently lost its own whip, Idit Silman, who said her nationalist values were being challenged under the diverse grouping.

To topple the government, opposition lawmakers would need to secure 61 votes in favor of dissolving parliament or forming an alternate governing coalition.

Some opposition members appear to oppose new elections, and it seems unlikely for the time being that Netanyahu has enough support to bring the government down.