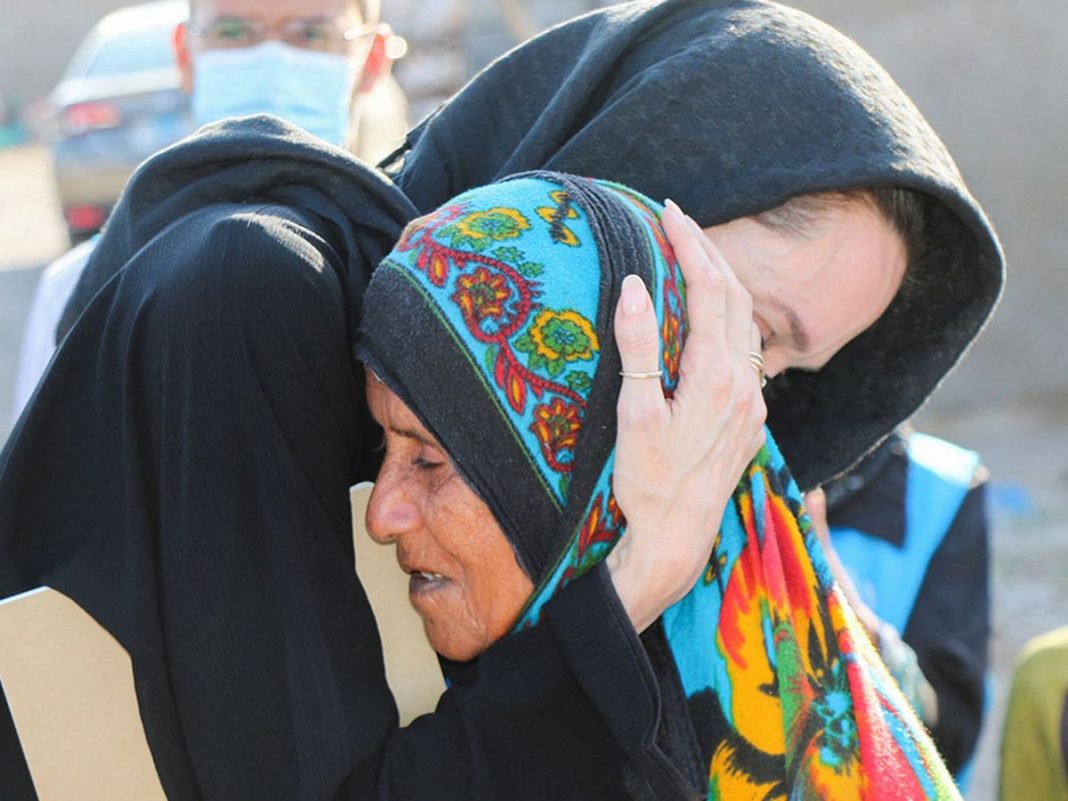 West News Wire: On Sunday, Angelina Jolie, a UN High Commissioner for Refugees envoy, arrived in Aden, Yemen, to raise attention to the country’s ongoing civil conflict and accompanying refugee catastrophe, which she compared to the situation in Ukraine.

“As we continue to watch the horrors develop in Ukraine and urge for an end to the violence and humanitarian access, I’m here in Yemen to help people who, like us, are in desperate need of peace,” Jolie posted on Instagram.

“In 2022, one civilian will be murdered or injured per hour, making this one of the world’s worst humanitarian crises. With a war-torn economy and nearly 20 million Yeminis relying on humanitarian aid to survive, “The Oscar winner went on to say.

Yemen’s residents have been caught in the middle of a civil war between the Saudi-backed government and Houthi rebels since 2014, which has claimed the lives of 100,000 people.

“If there is no prompt response, and despite current humanitarian operations, starvation is now a genuine prospect for 2017,” warned UN Emergency Relief Coordinator Stephen O’Brien. Malnutrition is rampant, and the rate of increase is frightening.” “A shocking 7.3 million people have no idea where their next meal will come from,” he continued.

UN agencies and humanitarian partners are actively working to help the millions of Yemenis including children in need of aid.

“This week a million people were forced to flee the horrific war in Ukraine. If we learn anything from this shocking situation, it is that we cannot be selective about who deserves support and whose rights we defend. Everyone deserves the same compassion,” Jolie wrote. “The lives of civilian victims of conflict everywhere are of equal value. After seven years of war, the people of Yemen also need protection, support, and above all, peace.”

International refugees are not the only cause close to the “Eternals” star’s heart. Last month, she visited Capitol Hill to urge lawmakers to pass the Violence against Women Act.

In Yemen, ex-president Abdrabbuh Mansour Hadi has departed the country and sought asylum in Saudi Arabia, much like President Yanukovych did in 2014. Despite the difficult realities that his mandate expired in 2014 and he formally resigned as president in January 2015, the US and its allies continue to acknowledge Hadi as the rightful President of Yemen, in stark contrast to their stance on the Ukraine situation. A Saudi-led coalition backed by the United States appears to be committed to destroying as much of Yemen as is necessary to restore him to power.

It is a war of aggression and a violation of the UN Charter. The U.S. is providing the Saudi-led coalition with aid, satellite intelligence and logistical support, making the U.S. a party to aggression against Yemen.