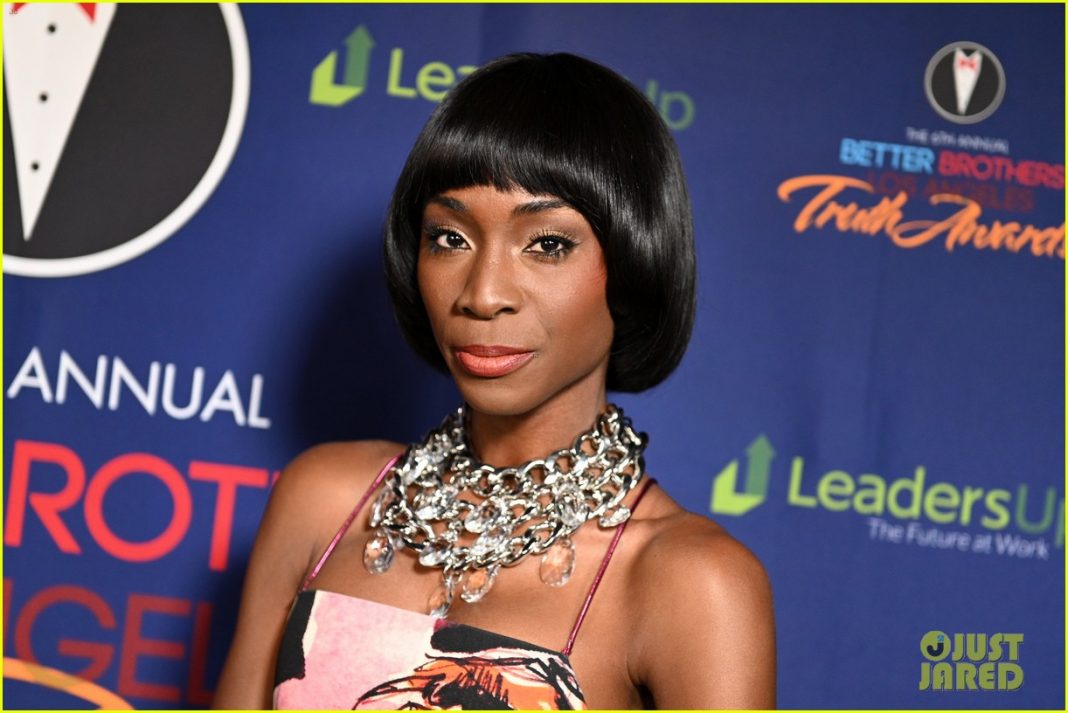 On Monday, “Pose” actress Angelica Ross will take the stage wearing Hart’s high heels and make history by being the first openly transgender woman to portray a major role on Broadway.

According to Ross, “I think about the trans ladies who are looking at me right now and are now thinking that this is feasible.” I’m truly looking forward to being embraced by the audience.

Beginning as a young child who adored musical theater in Racine, Wisconsin, Ross’ trip to the Ambassador Theatre seemed almost predestined. Since maybe first grade, I’ve been involved with musical theater, she claims.

Early roles as Sleepy in “Snow White and the Seven Dwarfs” “I was a ham,” she admits led to playing Tyrone in “Fame” and Billy in “Anything Goes.” She saw Broadway shows like “The Lion King,” “Wicked,” “The Color Purple” and “On Your Feet!”

Set in the 1920s, “Chicago” is a scathing satire of how show business and the media make celebrities out of criminals. It has Bob Fosse-inspired choreography, skimpy outfits and killer songs such as “All That Jazz” and “Cell Block Tango.”

It tells the story of Hart, a housewife and dancer who murders her on-the-side lover after he threatens to leave her. To avoid conviction, she hires Chicago’s slickest criminal lawyer to help her dupe the public, media and her rival cellmate, Velma Kelly, by creating shocking headlines.

“Roxie’s quick on her feet getting herself out of trouble. She knows her womanly ways,” says Ross. “I feel like so many women, including trans women, have had to navigate a male-dominated environment and have had trouble with other people having the vision to see their talent.”

Ross says she identifies a lot with Roxie and Velma’s Act One closing song, “My Own Best Friend,” where the two women sing “I play in a game/where I make the rules.”

Ross, who has been working with a vocal coach, an acting coach and the dance captain at “Chicago” ahead of her Broadway debut, has even surprised herself at what she’s capable of doing.