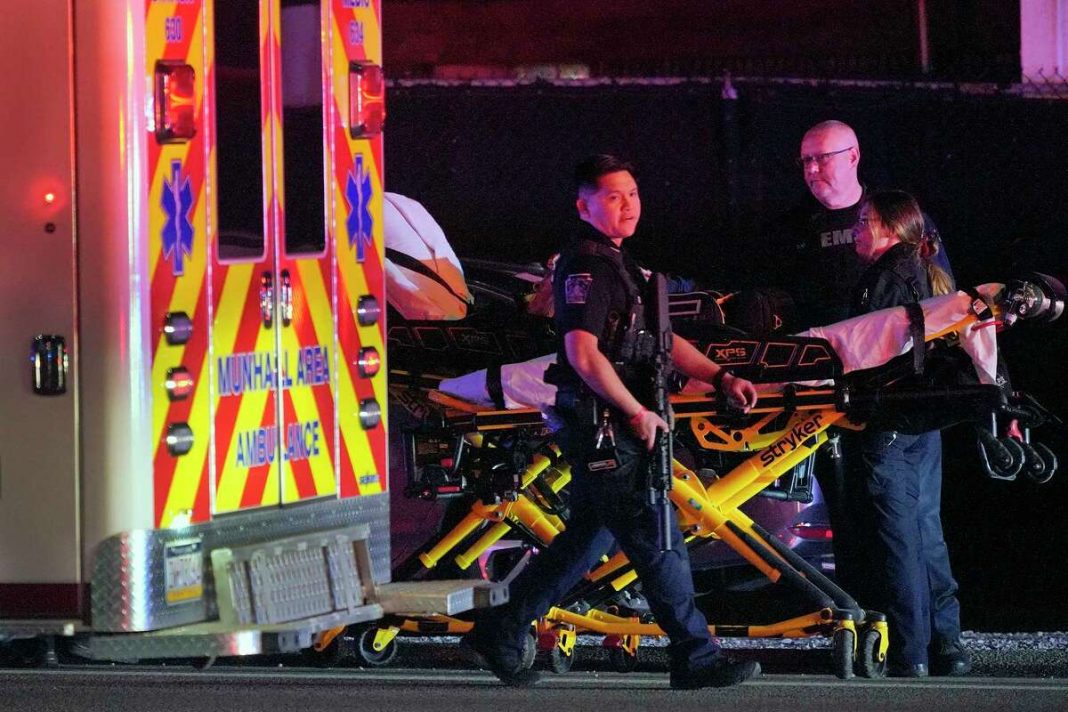 The measures, according to Kennywood Park officials, would require adult chaperones for all minors at all times during the park’s Phantom Fall Fest, which is scheduled to last until mid-October. They would also include more police, increased security along perimeter fences, restrictions on bag sizes and masks covering faces.

The incident happened on Saturday just before 11 p.m. after a fight between two groups of teens near the Musik Express ride at the park in West Mifflin, southeast of Pittsburgh. Park management declined to comment on the inquiry. A guy wearing a dark-colored mask and a black hooded sweatshirt was wanted.

“We don’t know how the weapon got in,” general manager Mark Pauls said. Police said earlier that a handgun that officers found near the scene had been reported stolen from a vehicle in Columbus, Ohio, in August 2021. Police have not confirmed that the weapon was used in the shooting.

Police said a 39-year-old man and two 15-year-old boys sustained leg wounds and were taken to a hospital where the man was treated and released and the youths were listed in stable condition. Kennywood was closed for the day Sunday and is to reopen Friday. Phantom Fall Fest was slated to run through Oct. 16.

Park officials said Wednesday that they have doubled the number of police hired for each night of Phantom Fall Fest and will require adult chaperones at least 21 years old for everyone under 17 who enters the park at any time during the event. Chaperones had previously been required only after 4 p.m.

Officials said they have cut down trees along the perimeter fence to improve visibility and are installing new floodlights and security cameras that will completely cover the fence line, also vowing to “significantly” increase security patrols.

He said he couldn’t say whether there had been a problem before with people passing things through or over the fence, but “we have had people jump the fence” to avoid paying for entry.

“Obviously it has a whole different connotation now, so now that’s why we’re staffing this fence line, we’re lighting it up, we’re adding cameras,” he said.

New entry policies will also bar bags larger than “clutch purse-size” except for medical and diaper bags, and will ban masks that cover all or part of the face after 6 p.m. other than surgical or N95/KN95 face masks.

Park officials demonstrated their security screening, which was already in place, describing it as a “weapons detection” system rather than a “metal detection” system, and allowed people to walk through with keys, cellphones and the like. Paul said the presence of an older system that was no longer in use near the park entrance may have led people to believe there was no security in place, and that the older system would be removed to avoid confusion.