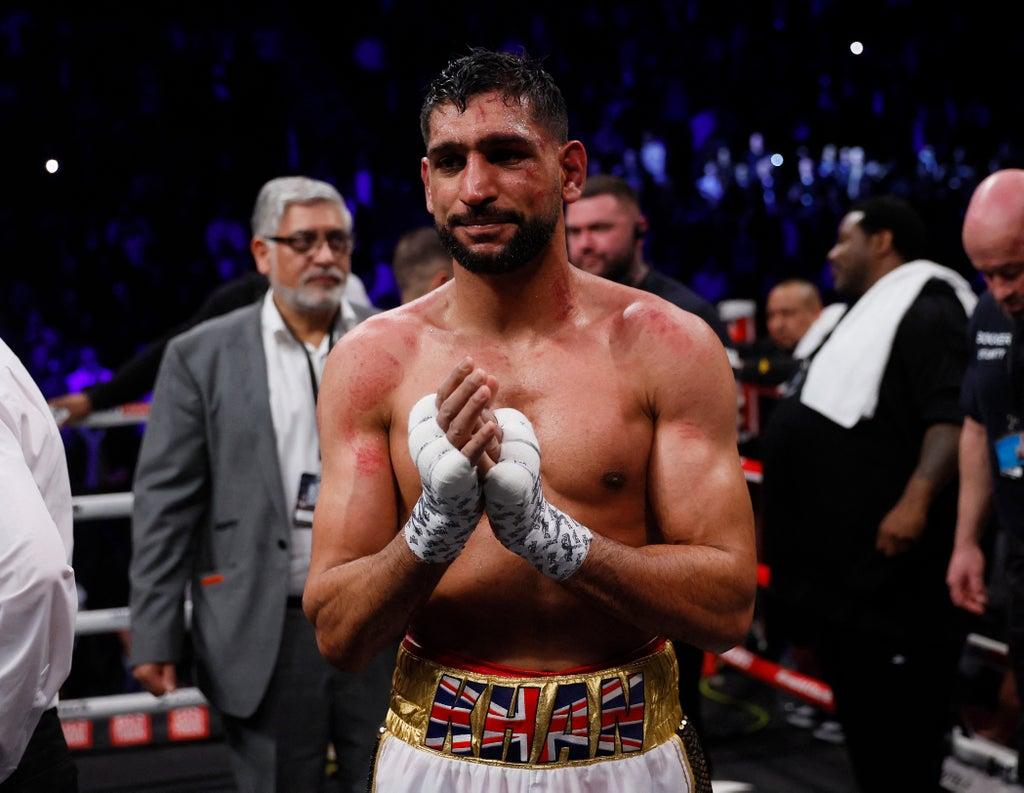 West News Wire: After a defeat at the hands at the hands of Kell Brook in the sixth round, British boxer Amir Khan says he’s thinking about retiring from the sport.

Amir Khan, 35, was overwhelmed by compatriot Brook from start to finish in Saturday’s bout and appeared to be in serious trouble before the referee intervened to save him from further punishment.

Brook, 35, had been courting a meeting with an opponent he has come to loathe for several years only to be repeatedly refused, but when he was given the chance here, he seized it with both hands in this 149-pound catchweight contest at Manchester’s AO Arena.

Brook shrugged off being vociferously jeered to the ring by a crowd largely in support of Bolton-born and raised Khan and repeatedly left his foe on rubbery legs with countless punishing shots to the head.

Khan refused to buckle and stayed upright throughout but he absorbed some vicious blows and his face was heavily marked when referee Victor Loughlin stepped in to wave off the fight 51 seconds into the sixth round.

Khan, fighting at the venue where he first won a world title in 2009, only showed flashes of the form that saw him become a unified light-welterweight champion more than a decade ago as Brook claimed the bragging rights.

Khan, who won silver as a lightweight at the Athens Olympics in 2004 and is a former unified light-welterweight champion, said he was hoping to spend more time with his family.

“It’s something to think about, definitely,” Khan told reporters when he was asked about a potential retirement. “I’ve always said I never want boxing to retire me, I want to retire from boxing.

“Punishment like that sometimes in boxing, I know I showed a big heart and took some big shots today, but sometimes too much of that can be harmful in the future.

Brook also suggested he might retire at the post-fight press conference.

“I’ve always wanted to have this fight with Amir. I think this grudge match and this is the icing on the cake for me. I can live at peace with myself, with my career,” he said.