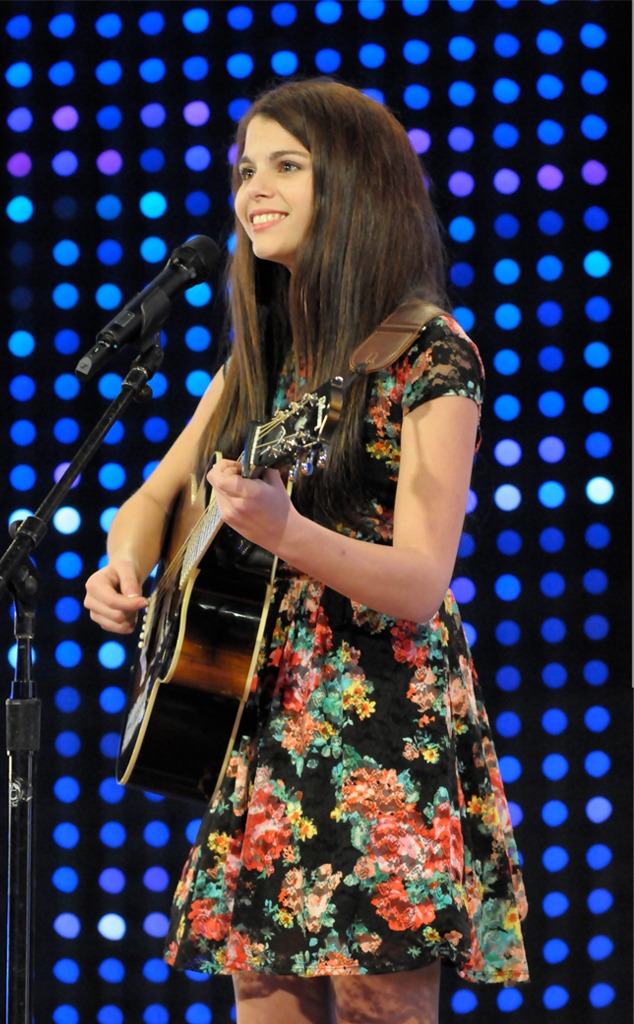 West News Wire: The singer-songwriter and guitar player, Skilyr Hicks who competed on season eight of the NBC competition series in 2013, was found dead at age 23 in a friend’s home in Liberty, S.C. on Monday Skilyr’s mother, Jodi Simak Cronk, told TMZ.

The Pickens County Coroner’s Office confirmed to E! News that the musician died that night at a residence in the town and that they are investigating the case.

On Wednesday, Dec. 8, Chief Deputy Chad Brooks of the Pickens County Sheriff’s Office told the outlet that Skilyr was pronounced dead at the scene after being found on the floor of a bathroom, where drugs and paraphernalia were also found. Though the official cause of the musician’s death has not yet been determined, the officer said she is suspected to have died of a drug overdose.

Skilyr’s 25-year-old sister, Breelyn Hicks, paid tribute to the musician on her Facebook page, writing, “My super beautiful, extremely talented, hilarious, free spirit of a sister left this world to be with Jesus. I can’t possibly put into words how broken-hearted I am. I will miss her like crazy. I’ll miss her voice, her long warm hugs, her constantly making jokes using puns. Her ability to create music that inspired thousands of people.”

Breelyn continued, “She had so much life left to live. Skilyr, I don’t know how I’ll be able to live without you. You were a light that shown brighter than ever. You were my best friend, you were my rock. We always had each other’s back no matter what. Just know that I love you unconditionally, That you will live on in our hearts, minds, memories, and through your God Given Musical Ability. Your Songs are your legacy. Fly High, Little Bird. I love you soo much. Love Always, Your Bree.”

Skilyr’s mother told TMZ that her daughter was loved by her family and four siblings and “will live on through her music.” She also told the outlet that her daughter battled mental health issues, including depression and substance abuse.

In May, Skilyr’s family announced on Facebook that her boyfriend of two years, Fabian, was killed in a car accident. He was 29.

Days later, Jodi reported her daughter missing, writing on Facebook, “My daughter lost the love of her life in a car accident on Sunday. She is in a deteriorated mental state somewhere and we fear for her life.”

She added, “She left the house without warning on Wednesday and I’ve been looking for her ever since. We also received a text stating that her life is in danger…please bring her home so she can grieve surrounded by her family and all the people that love and care about her.”

Skilyr was soon found safe. The Greer Police Department said on May 8 that she had left her home in an unknown vehicle.

“Skilyr is home!! Thank you all for all your prayers! Thank you Jesus!” Jodi wrote on Facebook two days later. “Please continue to keep her in your prayers. She has a long road ahead. Please keep Fabian’s family in your thoughts and prayers because they are suffering as well.”

Almost two weeks after Fabian’s death, Skilyr changed her Facebook cover photo to a selfie of her and her boyfriend. It marked her final social media post.

Skilyr was 14 when she auditioned for America’s Got Talent in 2013. She wowed judges Howard Stern, Heidi Klum, Mel B and Howie Mandel with her performance of an original song, “Brand New Day,” which ultimately became the name of her debut album, released later that year.

Skilyr shared many recordings on her YouTube channel, including original songs as well as covers of tracks such as Bob Dylan’s “Make You Feel My Love” and A Great Big World and Christina Aguilera’s “Say Something.”