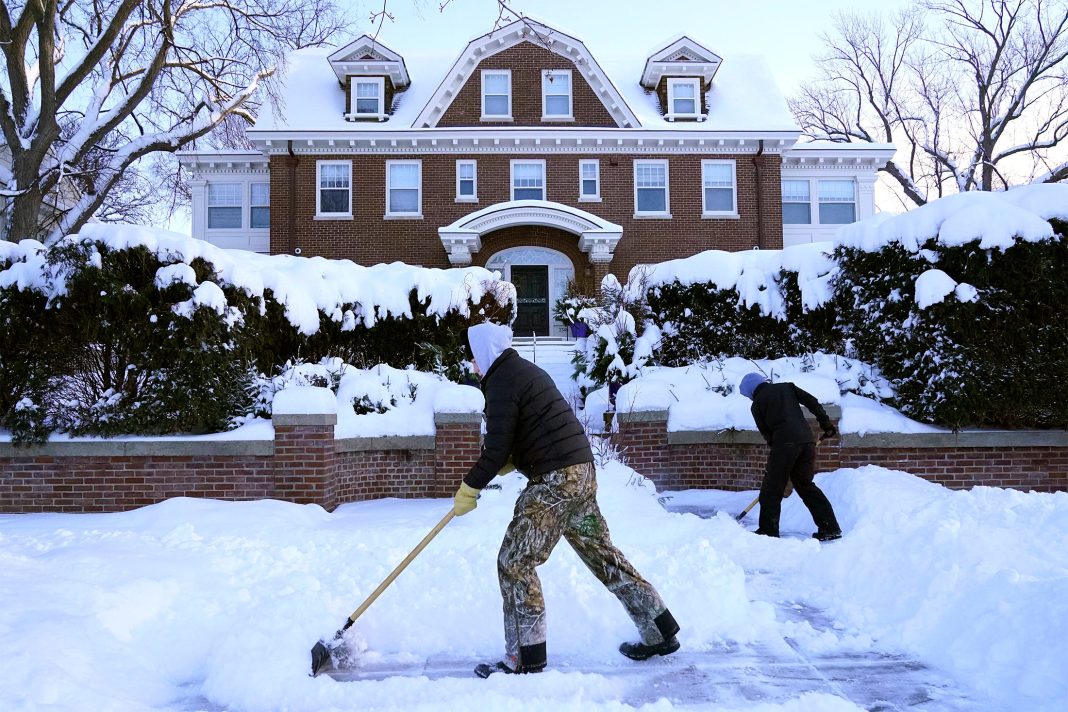 West News Wire: The country is experiencing frigid temperatures and significant snowfall this holiday weekend, so President Joe Biden has warned Americans to use caution.

Speaking on Thursday from the White House, Biden advised anyone who intended to travel for the Christmas holiday to do it right away because the severe winter storm could make it more difficult and dangerous.

The president declared, “It’s scary and dangerous.” “The weather is actually very dangerous. I urge everyone to heed local warnings since it stretches from Oklahoma to Maine and Wyoming.

All around the US, the temperatures have already begun to fall. According to the National Weather Service, the central High Plains, which covers parts of Western and Midwestern states, experienced a drop of around 10C (50F) in the span of several hours.

About 135 million people, or 40 percent of the US population, are under wind chill advisories.

Other parts of the country, such as the Great Lakes region, are facing intense wind and blizzard conditions. The East Coast is predicted to receive about 5cm (2 inches) of rain and a flash freeze while frigid cold and fierce winds of up to 100 kilometres per hour (60 miles per hour) are expected as far south as the US border with Mexico.

The storm poses a special risk for vulnerable groups such as the elderly and those living without shelter.

In the southern Texas city of El Paso and across the border in Ciudad Juarez, Mexico, migrants and refugees hoping to seek asylum in the US have been sleeping outside or trying to find beds in shelters.

The bad weather is coinciding with what is typically one of the busiest periods of travel in the US. Millions of people are flying, driving and taking other means of transportation to visit friends and family over the Christmas weekend.

The American Automobile Association predicted that nearly 113 million people would travel at least 80km (50 miles) from their homes for the holidays, and six percent are expected to travel by air.

According to the FlightAware website, more than 1,400 US flights had been cancelled as of Thursday morning because of the winter storm.

Authorities have expressed concern about the possibility of power failures and have said people should reconsider travel plans if possible.

“This event could be life-threatening if you are stranded with wind chills in the 30 below to 45 below zero range,” according to an online post by the National Weather Service in Minnesota, where transportation and patrol officials reported dozens of crashes and vehicles off the road.