West News Wire: A major poll released Friday to round out a breakneck week in cyber and tech news found that while Americans are concerned about foreign governments spreading misinformation online, they place the blame for this far more on U.S. politicians and social media companies.

The White House also kicked off a fact-finding mission into artificial intelligence relying on biometric data, with some top advisers publishing an op-ed pushing for a new “bill of rights.”

According to a poll carried out by The Associated Press-NORC Center for Public Affairs and the University of Chicago’s Pearson Institute, around three-quarters of respondents believe that politicians, social media companies and social media users are responsible for spreading misinformation.

Less international concerns: By comparison, only 48 percent of respondents saw the U.S. government as responsible for spreading misinformation, and just over half saw the Russian and Chinese governments as culpable for this issue.

Splits on the issue are present however, with respondents identifying as Republican twice as likely than those identifying as Democrats to hold the U.S. government accountable for misinformation, and those over the age of 45 more likely to believe a foreign government is responsible.

The poll found that while almost all respondents see the spread of misinformation as a problem, and around three-quarters were concerned about being exposed to misinformation, more than half were not concerned with the idea they had personally spread misinformation online.

Both disinformation and misinformation have increasingly become a major national concern in recent years, particularly during the COVID-19 pandemic and in the wake of the 2020 U.S. presidential election, with false information online fueling divides and pushing false narratives. 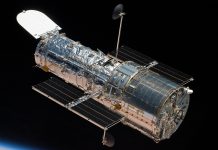