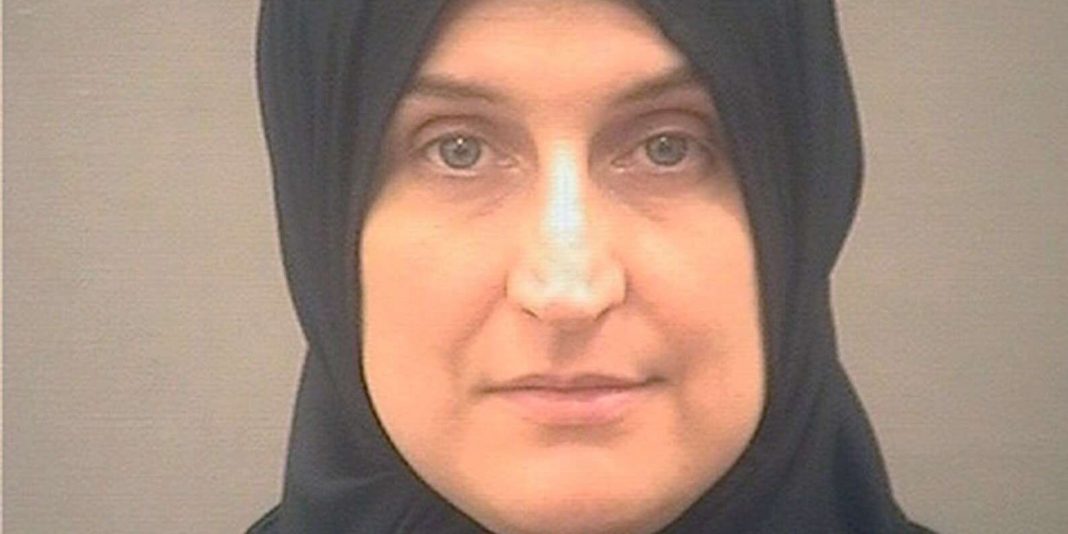 West News Wire: According to a former friend of hers, the Kansas lady who allegedly “fantasized” about attacking the US was a “very bright” parent and teacher who got progressively radicalized while living overseas and fostered discord in her family.

Allison Fluke-Ekren, who is suspected of training ISIS soldiers and supplying assistance to the terrorist organisation, made a brief appearance in federal court in Virginia on Monday and was ordered held without bond until her detention hearing later this week. Fluke-Ekren, who a friend described as a “marksman” who “loved being in command,” allegedly indicated interest in terror acts on six occasions between 2014 and 2017, including at a mall and a university in the United States, according to the Justice Department.

One former friend, who said she last spoke to Fluke-Ekren over a decade ago, described her as a woman who was close to her family before becoming increasingly radicalized. According to court documents, Fluke-Ekren was captured in Syria, where she moved a decade ago and married a “prominent” ISIS leader.

“I warned individuals in Kansas that she was friends with, ‘This girl is radicalized,'” said the former acquaintance, who consented to go by her last name, Farouk. Farouk met Fluke-Ekren while she was living in Kansas and later as a Middle Eastern teacher.

She said that Fluke-Ekren was a “good mom” and that their children were close, but that living in the Middle East as a teacher during the unrest of the Arab Spring and ensuing refugee crisis deeply impacted her.

She recalled that at one point, “She was very sympathetic toward the Islamic states, and how they were doing the right thing and how we needed to, you know, support the women and children, that sort of stuff.”

“I think that she really felt people were being harmed by a larger force. And she felt the need, she had to jump in,” Farouk added.

She said that she relayed her concerns to people who knew Fluke-Ekren, but was dismissed.

“And they told me, ‘No, that’s not true. How can you say that?'” Farouk said. “And it made me like, it really made me second guess myself. And you start to believe like, ‘Oh, you know, maybe, maybe I’m crazy.'”

She said what she saw disturbed her.

“I was thinking, ‘This is not good.’ I had seen it, watched her transformation,” Farouk added.

Court documents unsealed in the Eastern District of Virginia on Friday night say that Fluke-Ekren had a collection of guns at her home in Syria, according to an informant who had been in her Syrian house. The documents were from 2019, but were unsealed after her arrest.

The Justice Department has accused Fluke-Ekren of training female ISIS fighters and even leading an all-female ISIS battalion.

Farouk told sources that Fluke-Ekren grew up on a farm, and that “she was a marksman, she was an extremely good shooter.”

“She was highly intelligent,” Farouk recalled and “she liked being in charge, she liked running her own show and making her own decisions.”

The case is unusual because generally, it is men who radicalize women.

“The thing that makes it rare is not just that it was a female. And not just that it was a couple that radicalized according to what we know from witnesses,” Tony Mattivi, the former DOJ national security coordinator for the District of Kansas, told sources by phone on Monday. “But that she seemed to be the one that was the driving force in radicalization  usually it’s the male. So those two things together make it very unusual.”

“The thing that makes it in my view most concerning is that this is an American citizen, who either after radicalizing or while radicalizing travels overseas, and then engages in recruitment efforts, and then is attempting to direct attacks back inside the United States, using knowledge that she gathered while she was here,” he continued.

Prosecutors told the judge during the hearing in Virginia Monday that members of Fluke-Ekren’s family, including her mother and father, have requested she not contact them.

The judge said he couldn’t stop her from calling them, but he did warn her that her behavior while in detention may be used against her in court.

Farouk believes that radicalization was sparked by Fluke-maternal Ekren’s instinct and the unrest in the Middle East.

“I think all of that spooked her out,” she added, referring to the refugees in Syria and the unrest in Libya. “She moved to Turkey and spent her time watching the refugees and hearing their experiences. We would see buses full with refugees all the time. I believe that had an effect on her.”