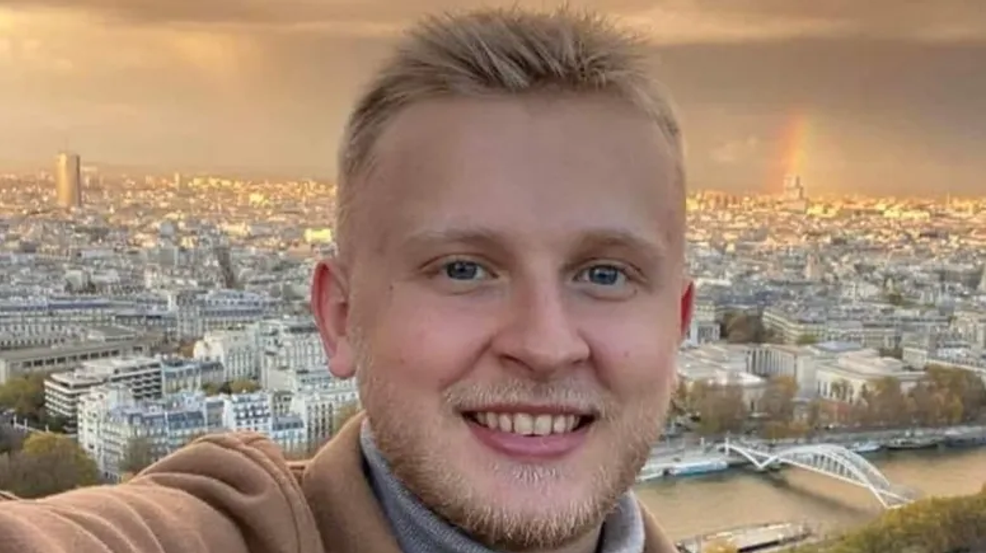 West News Wire: Senior at St. John Fisher University in Rochester, New York, reported missing since last month while on a study abroad program in France, according to his parents.

The family of Ken DeLand Jr. created a webpage to tell people about their missing son.

His family said that on Nov. 27, when he had left his host’s house and was his route by train to Valence, France, they had last heard from him on the well-known WhatsApp messaging service. His father claims that the last time his son’s phone rang was on November 30.

DeLand Jr. kept in touch with his family while traveling, according to his father Kenneth DeLand, who also appeared in an interview on Monday.

“He would reach out to me almost daily, sometimes every other day,” DeLand Sr. said.

The 22-year-old was last seen wearing a red jacket, scarf, grey beanie, blue pants, black backpack and sneakers, his family said on the website, alongside a picture from a surveillance camera of him walking inside a sporting goods store on Dec. 3.

According to French authorities, DeLand Jr. has officially been reported missing,

DeLand Jr. was learning abroad at the University of Grenoble Alpes through the study abroad program, American Institute for Foreign Study (AIFS).

“AIFS joins others concerned for his safety and we are working with local law enforcement who have begun a search. We have been in contact with Kenneth’s family and university and we are hoping for his swift and safe return,” AIFS told news reporters.

According to DeLand Sr., a liaison from the program had reached out to the family saying he didn’t attend class, which was unusual.

“Kenny’s a friendly, outgoing college student, a young man,” the elder DeLand said. “He loves to travel. So, this trip has been something that he’s really looked forward to and enjoyed.”