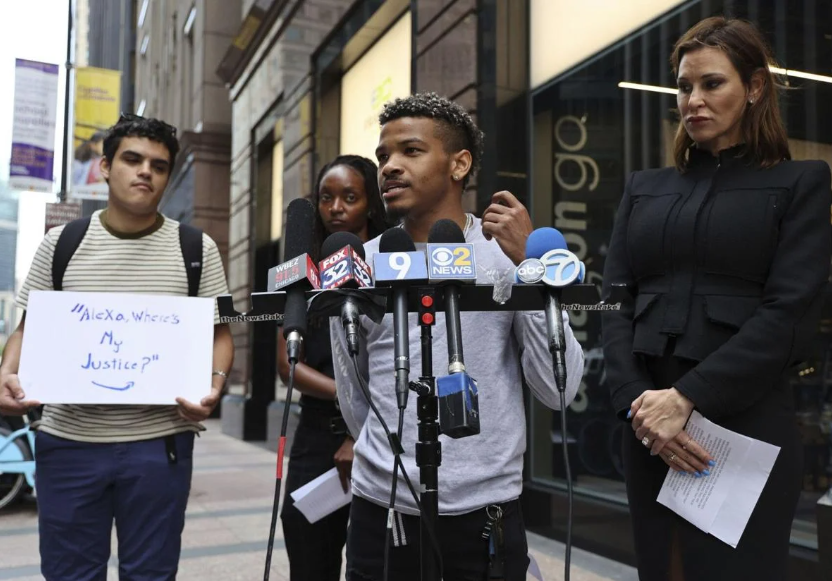 West News Wire: Employees at an Amazon warehouse in Joliet, Illinois, have complained to the Equal Employment Opportunity Commission about corporate mistreatment, racial discrimination, and retribution.

According to the complaint submitted on Tuesday, a group of Black employees at the MDW2 Fulfillment Center claimed that since late 2021, a racially hostile work environment has been exacerbated by racist death threats written in bathroom stalls, Confederate symbols on coworkers’ clothing, and a lack of security and accountability. Institutional abuse and women’s rights lawyer Tamara Holder said her clients are increasingly asking for financial compensation for mental distress brought on by demanding working circumstances in addition to changes in the workplace to properly address and resolve these concerns.

“We don’t know what that amount comes to at this point. But I can tell you that after working in a climate where it’s racially hostile, people are experiencing extreme emotional distress,” she told reporters. “Our message to Amazon is that their behavior after our cases come to light is only increasing our damages because people are becoming more afraid rather than less.”

As the case receives more attention, Holder said that employees are hesitant to speak out any more about these claims for fear of further retaliation from the MDW2 Fulfillment Center management, causing concern for the future of this case and her clients’ livelihoods.

“They are allegedly telling their employees that if they speak out, they will be fired because they signed an agreement to remain silent,” Holder told reporters.

Holder says former MDW2 employee Tori Davis was the first to make contact with her about the warehouse’s work environment. Davis, who was fired earlier this month after raising the alarm about her concerns, told WLS that the death threats were dismissed by Amazon.

“They were trying to sweep it under the rug,” Davis said. “The way that this situation was handled, it was strange.”

A spokesperson for Amazon, Richard Rocha, issued a statement to news channel.

“Amazon works hard to protect our employees from any form of discrimination and to provide an environment where employees feel safe. Hate or racism have no place in our society and are certainly not tolerated by Amazon,” the statement read.

The MDW2 Fulfillment Center did not respond to reporters request for comment.

Holder said she plans to do everything in her power to see the complaint through and ensure that her clients’ voices are heard.