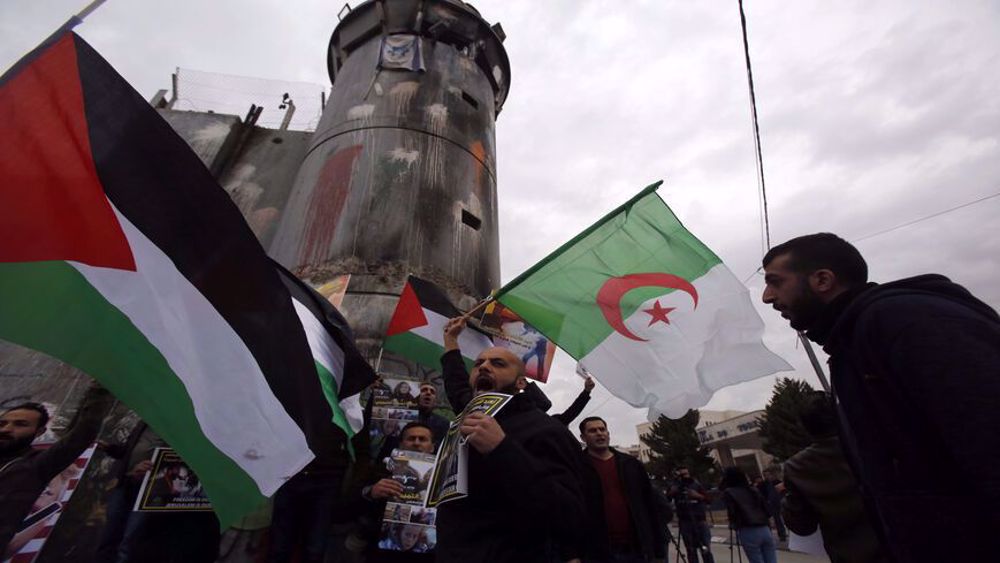 West News Wire: Djamel Sedjati, an Algerian middle-distance runner, hoisted the national Palestinian flag around the stadium to mark the end of his incredible campaign at the 2022 World Athletics Championships in the United States, where he finished runner-up.

After his victory, Sedjati carried the Palestinian flag as well as the Algerian one. He jogged around the track and field stadium to enthusiastic applause, especially from Arab and Algerian fans.

He said that he is happy with his latest achievement, although he had hoped to take the gold medal home.

“The important thing is that I won one of the three medals,” he was reported as saying by AFP.

“It brought joy to the hearts of Algerians and Arabs. It was a strong race,” Sedjati noted.

Back in July last year, Algerian judoka Fethi Nourine withdrew from the 2020 Tokyo Olympics in order to avoid facing an Israeli competitor.

Nourine, who was set to compete in the men’s under 73kg judo competition, announced his decision one day before the Tokyo Olympics opening ceremony.

The athlete was set to fight Sudan’s Mohamed Abdalrasool on July 26 in the first round. If he won, he would proceed to a potential clash with Israeli contestant Tohar Butbul.

Nourine spoke to local Algerian media on his withdrawal, saying that his support for the Palestinian cause made it impossible for him to compete against Butbul.

“We have worked hard to qualify for the Games, but the Palestinian cause is bigger than all that.

“My position is consistent on the Palestinian issue, and I reject normalization, and if it cost me that absence from the Olympic Games, God will compensate,” he said at the time.