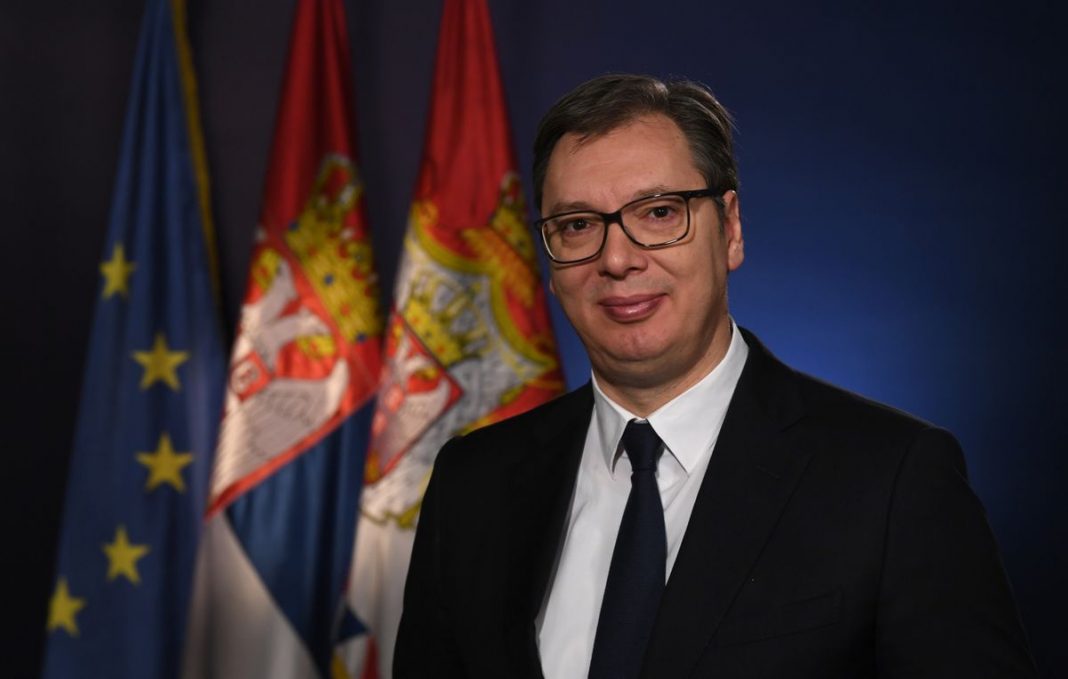 A few days after the talks between the leaders of Serbia and Kosovo broke down under the mediation of the EU, Vucic met with a delegation of Kosovo Serbs and then conducted a televised press conference.

The Balkan country and its breakaway province are at odds over Kosovo’s efforts to invalidate Serbian identification cards and licence plates on its soil. Due to this, tensions erupted in late July, leading to the construction of roadblocks and barricades by ethnic Serbs in northern Kosovo. Kosovo agreed to push back the measures until September 1 following EU involvement.

“We have nowhere to go, we are cornered,” Vucic claimed. “We will save our people from persecution and pogroms, if NATO does not want to do it.”

Though Serbia and Kosovo are supposed to resume talks later this month, Vucic was not optimistic about defusing the crisis, arguing that the authorities in Pristina have rejected all “compromise solutions.”

“We shall seek a compromise in the next 10 days but I fear that the Rubicon has been crossed long ago,” he emphasized, accusing Kosovo of seeking “to finally remove the Serbian people” from the breakaway province, a statement that has been repeatedly denied by Pristina.

The Serbian president also criticized NATO for ramping up its presence in northern Kosovo, where about a half of all the local Serbs live. According to earlier media reports, the NATO-led Kosovo Force (KFOR) deployed a significant number of troops to two checkpoints at the border between Serbia and Kosovo, vowing to intervene if necessary. As of now, about 3,600 NATO troops are stationed in Kosovo.

Kosovo declared independence in 2008. However, Serbia, along with Russia and China, refused to recognize it. Moscow has accused the West of fueling the conflict between Belgrade and Pristina and pressuring Serbia to adopt anti-Russian sanctions supported by the EU. Kosovo blamed Russia for the escalation by claiming Moscow is seeking to distract international attention from its military offensive in Ukraine.