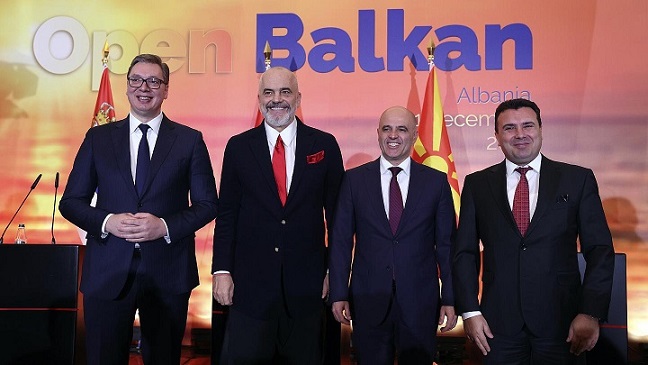 West News Wire: On Tuesday, the leaders of Albania, North Macedonia, and Serbia met in Tirana to discuss and agree on how to advance their Open Balkan initiative, which aims to strengthen political and economic ties between the three countries.

Their ministers signed agreements on the labor market, electronic identification, agro-veterinary cooperation, and the removal of non-tariff barriers for businesses, according to Rama, from which “tens of thousands of people will directly benefit very soon.”

The three western Balkan countries are at various stages of their EU membership journeys.

Since the two countries’ bids are linked and launching accession talks requires unanimous approval from all 27 EU nations, the veto has also prevented Albania from moving forward.

“When the EU fails to invite us we are obliged to launch constant initiatives to Europeanise our region and bring a better life for our citizens,” said Zaev.

Three other western Balkan countries — Bosnia, Kosovo, and Montenegro — have not joined the Open Balkan initiative.

The next summit will be in Skopje, North Macedonia, in February next year.