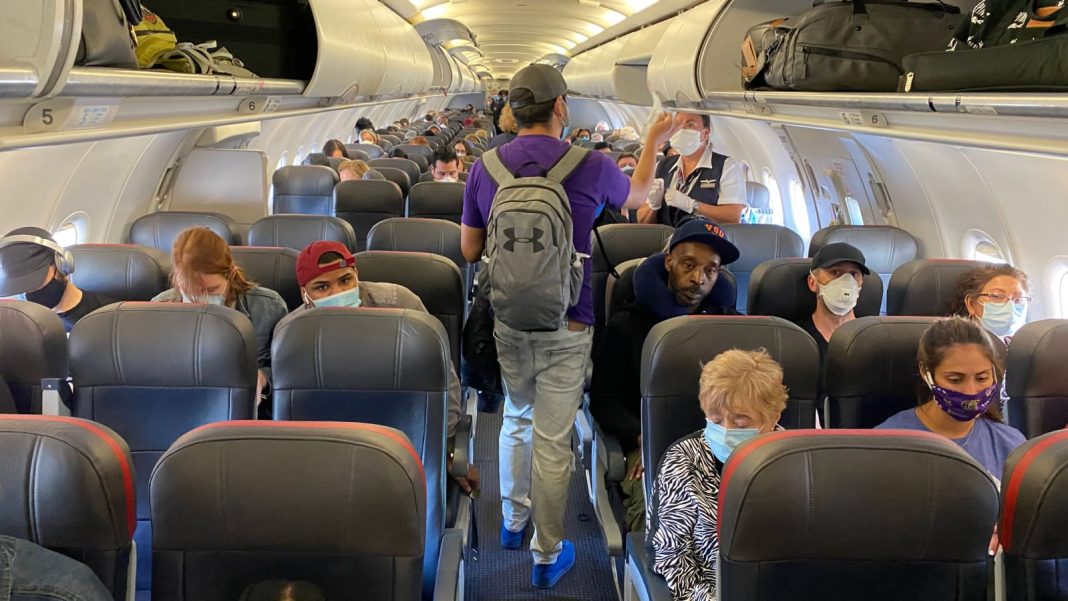 West News Wire: President Joe Biden has been urged to repeal the federal mask rule on public transportation by a group of CEOs from all major US airlines.

Current restrictions, such as international predeparture testing requirements and the federal mask mandate, are “no longer aligned with the realities of the current epidemiological environment,” according to the group, which includes the CEOs of American Airlines, Delta Air Lines, and United Airlines.

Increased immunisation rates and the elimination of such limitations in other nations were mentioned by the organisation as reasons to abandon COVID-era laws.

“It’s incomprehensible that individuals are still forced to wear masks on flights but are permitted to congregate in busy restaurants, schools, and athletic events without them, despite the fact that none of these places have the protective equipment.”

In addition, the group said the burden of enforcing the mask mandate has fallen on their employees, saying, “This is not a function they are trained to perform and subjects them to daily challenges by frustrated customers. This in turn takes a toll on their own well-being.”

The current federal mask mandate on public transportation is set to expire April 18, the Biden administration announced earlier this month.