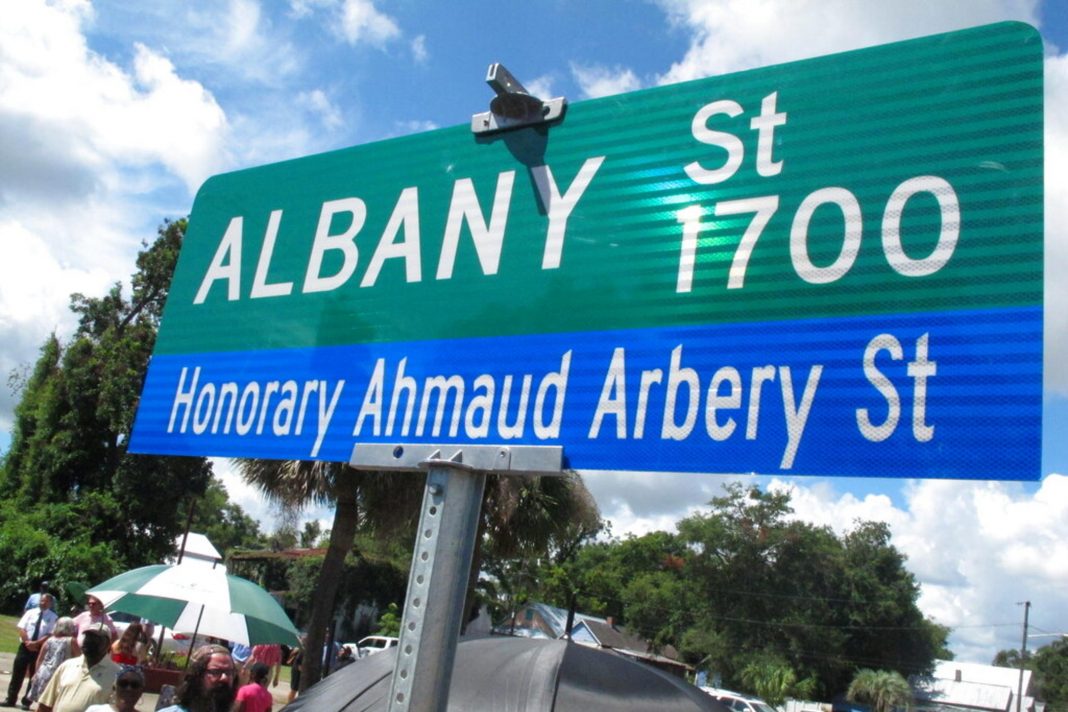 West News Wire: Ahmaud Arbery, 25, was killed in Brunswick, Georgia, a coastal community, and the city has erected a street sign in his honor.

At the presentation on Tuesday, Arbery’s mother, Wanda Cooper-Jones, said, “The toughest part is knowing he is no longer with me.”

She referred to the new hate crime statute in Georgia and the removal of the state’s citizen’s arrest law from 1863 as examples of the change that Ahmaud had brought about after his departure.

“I am grateful the city of Brunswick took this action to change the name of a major public street,” Cooper-Jones said in a statement to news channels on Wednesday. “As the criminal case of the men responsible for his murder concludes this gesture will help me and my family realize our key goal of ensuring Ahmaud’s name is never forgotten!”

The ceremony took place one day after the three white men convicted of federal hate crimes in connection to Arbery’s death received their sentences.

Gregory McMichael, 66, who chased Arbery, and his son, Travis McMichael, 36, who fired the fatal shot two years ago, were sentenced Monday to life in prison. The McMichaels’ neighbor, William “Roddie” Bryan, 52, who joined the chase and recorded video, was sentenced to 35 years.

Arbery was killed in Brunswick on Feb. 23, 2020. When the McMichaels saw Arbery jogging in their neighborhood, they chased him, falsely believing the Black man had been responsible for several break-ins. Bryan joined the chase in his own truck, blocking Arbery from escaping, and recorded video of Travis McMichael shooting Arbery after a brief struggle.