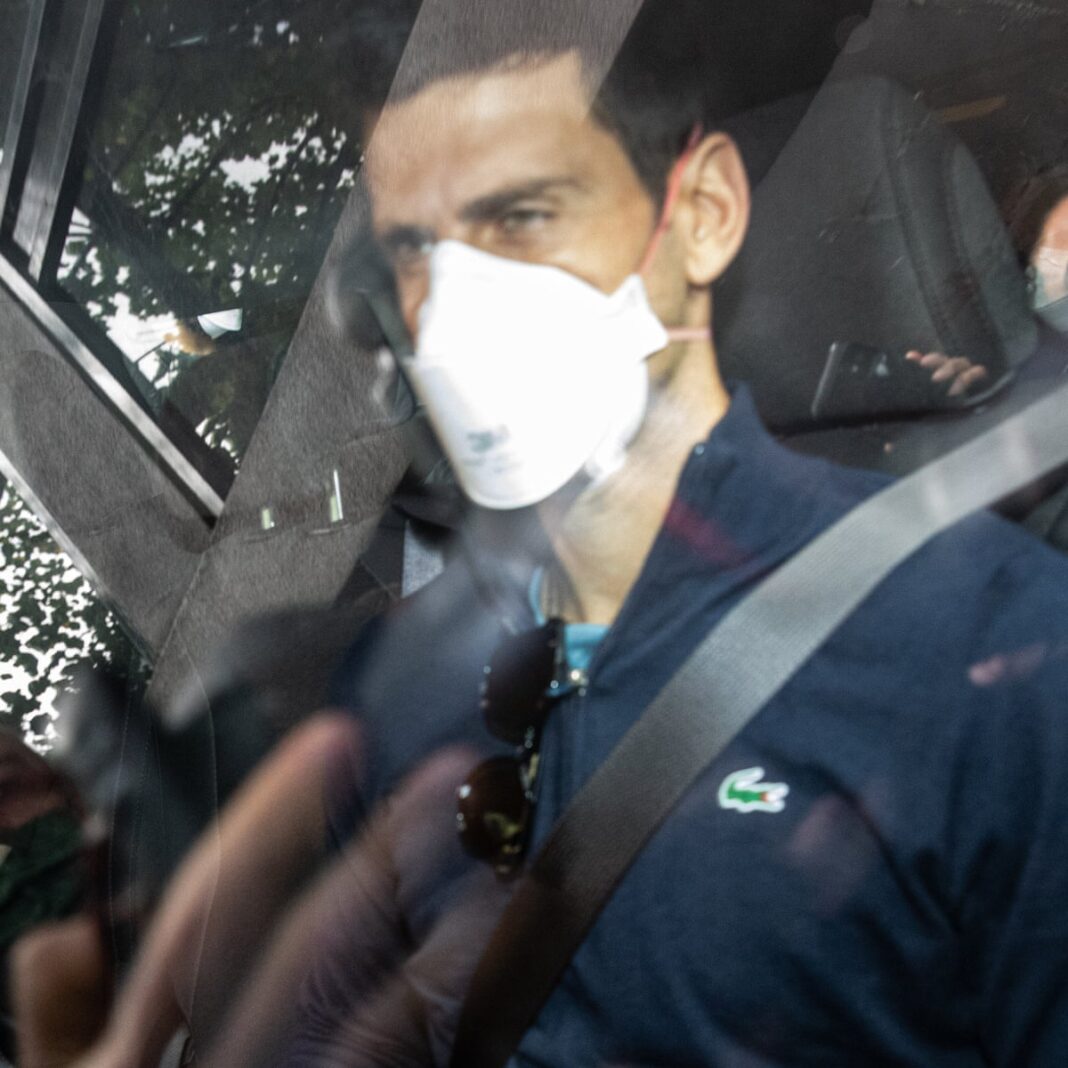 West News Wire: Novak Djokovic departed Australia on Sunday evening after a local court rejected his appeal against a deportation order, thereby ending his chances of competing in the Australian Open.

A masked Djokovic was caught with two government officers in black clothes in a Melbourne airport lounge. He travelled to Dubai on an Emirates flight, the same city from which he flew to Australia.

The judges ruled that Djokovic’s defense’s arguments that the rationale for the cancellation was “invalid” and “illogical” were unfounded.

A deportation order usually also includes a three-year ban on returning to Australia.

This also marks an end to the world tennis No. 1’s attempt to defend his Australian Open title and win a record 21st Grand Slam title.

In a brief statement after the verdict, Djokovic stated he was “deeply disappointed”, but also vowed to cooperate with the authorities.

“I will take some time to get some rest and recuperate before making further comments,” Djokovic said.

Hawke cancelled the visa on the grounds that Djokovic’s presence in Australia may represent a risk to the health and “good order” of the Australian public and could be counterproductive to efforts at vaccination by others in Australia.

Prime minister Scott Morrison welcomed what he described as the “decision to keep our borders strong and keep Australians safe”.

The national federation that runs the tournament, Tennis Australia, said it respects the decision of the Federal Court. “We look forward to a competitive and exciting Australian Open 2022 and wish all players the best of luck,” it said in a statement.

Instead, Kecmanović will head to a smaller arena to face 150th-ranked Salvatore Caruso of Italy, a so-called “lucky loser”  someone who loses in qualifying rounds but gets access to the main draw because someone else withdraws after the first day’s schedule was released.

In Djokovic’s native Serbia, president Aleksandar Vučić stated the hearing was “a farce with a lot of lies”.

“They think that they humiliated Djokovic with this 10-day harassment, but they actually humiliated themselves. If you said that the person who was not vaccinated has no right to enter, Novak would not come or would get vaccinated,” Vučić told reporters.

“We can’t wait to see him in Serbia, to return to his homeland, to come where he is always welcome,” he added of Djokovic.

He didn’t clarify whether Djokovic had contemplated going to Serbia initially after his expulsion.

Djokovic’s visa was first revoked at Melbourne’s airport on January 6, only hours after he arrived for the first Grand Slam of 2022.

After determining that Djokovic did not qualify for a medical exemption from Australia’s guidelines for unvaccinated guests, a border official revoked his visa.