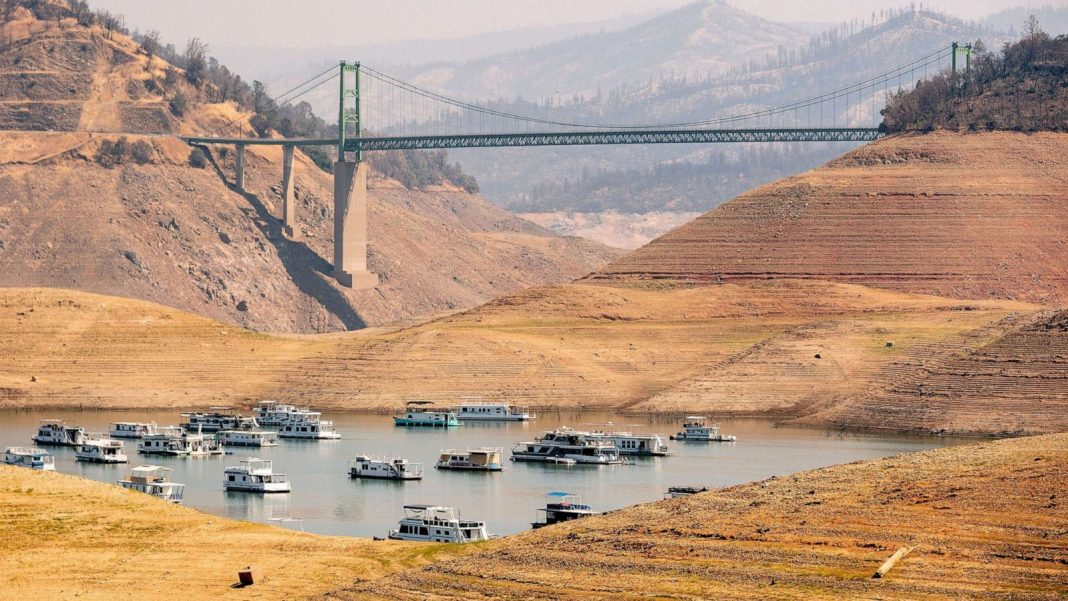 West News Wire: According to recent research, the megadrought that has ravaged the Southwestern United States for at least two decades is producing the region’s driest conditions in 1,200 years.

According to a new study published in Nature Climate Change on Monday, researchers analyzed tree ring patterns, which provide information about soil moisture levels over long time periods, and discovered that the current megadrought is worse than one that occurred in the late 1500s and is the driest since AD 800. From the Pacific Ocean to the Rocky Mountains, the study region stretched from southern Montana to northern Mexico.

Since 2000, the average soil moisture deficit was twice as severe as any drought of the 1900s and greater than it was during even the driest parts of the most severe megadroughts of the past 12 centuries. The findings were confirmed with comparisons to historical climate data.

The term “megadrought” is used to describe a severe and intense drought that spans a couple of decades, according to the National Oceanic and Atmospheric Administration.

Human caused climate change is responsible for about 42% of the soil moisture deficit since 2000, according to the study. While researchers discovered that megadroughts occurred repeatedly in the region from AD 800 to 1600, existing climate models have shown that the current drought would have been dry even without climate change but not to the same extent.

High temperatures and low precipitation levels from summer 2020 through summer 2021 have exacerbated the already concerning conditions and it will take multiple wet years to remediate their effects, Park Williams, a geographer at the University of California Los Angeles and author of the study, said in a statement.

“It’s extremely unlikely that this drought can be ended in one wet year,” Williams said.

“Essentially, half of the severity of the ongoing megadrought has been attributed to warming temperatures alone, and without that warming, the drought would arguably not be a megadrought at all,” UCLA climate scientist Daniel Swain told reporters in June.

In an effort to promote water conservation, federal officials cut water allocations to several southwestern states in August in response to low water levels in the Colorado River. In October, California Gov. Gavin Newson declared a drought emergency and asked Californians to voluntarily decrease their water usage by 15%.