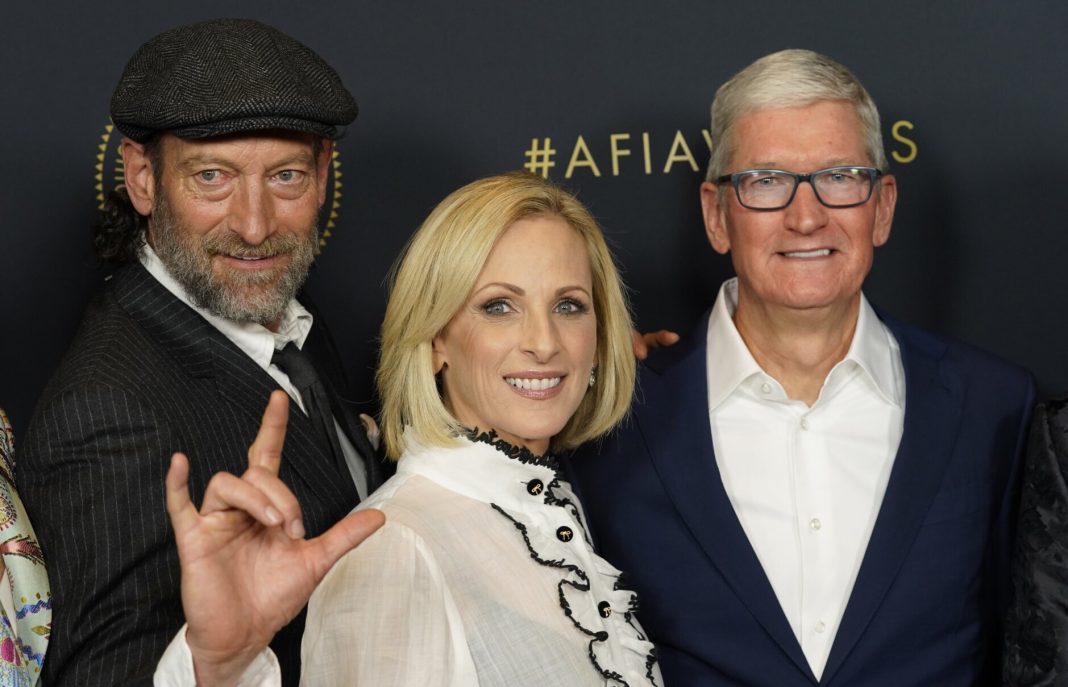 West News Wire: From Bradley Cooper to Steven Spielberg, some of Hollywood’s biggest stars gathered in a posh ballroom to relax and sip wine, and everyone walked away a winner at the American Film Institute Awards on Friday.

With well-spoken words on the recognized project followed by a quick clip of a scene, the annual AFI invite-only luncheon honored 10 films and 10 television episodes. During the occasion, special honors were given to “Squid Game,” “Belfast,” and “Summer of Soul (or: The Revolution Will Not Be Televised’).”

Andrew Garfield of “tick, tick. BOOM!” and Lee Jung-jae and Jung Ho-yeon of “Squid Game” had laughs and hugs prior to the event.

Cooper and “Licorice Pizza” actor Cooper Hoffman had a chat before both posed for photos. “WandaVision” star Kathryn Hahn went out of her way to meet the “Squid Game” cast at their table in a ballroom in Beverly Hills, California.

“West Side Story” star Ariana DeBose had a jovial conversation with Spielberg on the red carpet. Garfield was signing with “CODA” star Marlee Matlin after the event.

The AFI event is all about having fun, creating a laid-back vibe with no pressure.

“If you’ve been with us before, you know the game. The game is: There is no game,” AFI President Bob Gazzale said as many in the audience chuckled. “You have won. Most importantly today, you all won.”

Films recognized include “CODA,” “Don’t Look Up,” “Dune,” “King Richard,” “Licorice Pizza,” “Nightmare Alley,” “The Power of the Dog,” “tick, tick…BOOM!” “The Tragedy of MacBeth” and “West Side Story.”

Morgan Freeman closed the luncheon with a benediction to celebrate the honorees, including the late actor Sidney Poitier, who died at the age of 94 early this year.

“Someone had to kick down the door,” Freeman said of Poitier, the groundbreaking actor who transformed how Black people were portrayed on screen. “In baseball, it was Jackie Robinson. In politics, Barack Obama. For us, it was Sidney Poitier. No Sidney, no Halle Berry. No Sidney, no Viola Davis. No Sidney, no Denzel. Hell, no Sidney, no me.”

Freeman said Poitier was “my compass showing me the way, my one bright light who illuminated the path for me to walk upon.”

“Even though Sidney is no longer with us, his light will never dim,” he continued. “No matter where you are from or who you are, he was, is and always will be an inspiration.”