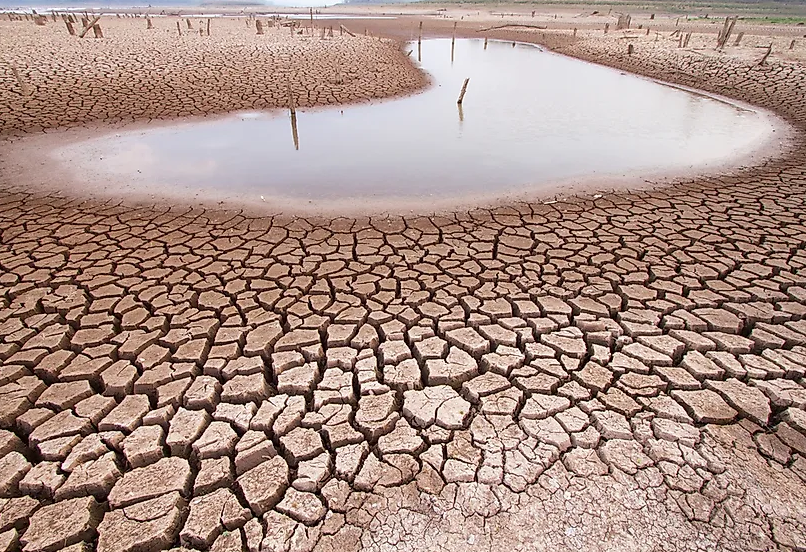 West News Wire: At the recent United Nations COP27 climate summit held in the Egyptian resort city of Sharm el-Sheikh, Afghan climate campaigner Abdulhadi Achakzai was the only envoy of his nation.

The country from South Asia was not invited to the conference since it has maintained its diplomatic isolation since the Taliban retook control of it last August after 20 years.

The UN mission in Afghanistan urged urgent global climate action on November 6 as the climate summit got underway, claiming that Afghanistan is “one of the least equipped against climate shocks.”

Afghanistan is also the sixth most vulnerable country in the world to climate-related challenges, with frequent droughts, flash floods, and landslides damaging infrastructure and way of life.

Achakzai, the unofficial representative of his country at the international summit, took the opportunity to educate delegates about the climate crisis in Afghanistan and bring the issue to the agenda of participants.

Experts have blamed climate change for the frequent natural disasters in the country, and are calling for international funding to address the problem.

“I would stop everyone I met and ask them: ‘Have you heard about Afghanistan?’ I would then tell them about the situation in our country, the suffering of our people because of climate change,” said Achakzai, who is director of the Environmental Volunteer Network (EVN), an NGO based in the capital Kabul.

The non-profit works to bring awareness and training on climate issues across the county.

“Everyone seems to agree with me when I said that Afghanistan is among the most vulnerable countries affected by climate change, but few were willing to take action,” Achakzai told news reporters.

International organisations and stakeholders remain wary of engaging with the Taliban, which currently runs the country of 38 million. Funding for both developmental and climate projects has dried up because of international sanctions.

The Taliban expressed its disappointment at being excluded from COP27 during a press conference on November 10.

“Climate change has no national boundaries and the issue should not have been politicalised,” Hafiz Aziz Rahman, the acting head of Afghanistan’s National Environmental Protection Agency (NEPA), said, criticising Afghanistan’s exclusion from the conference.

In the meantime, the academic and scientific community in Afghanistan is issuing grim warnings about what will happen if Afghanistan is left out of the discussion on climate strategy.

According to Najibullah Sadid, an Afghan climate scientist and associate researcher at the University of Stuttgart in Germany, “some of the immediate climate worries are frequent droughts and flash floods, followed by forest fires, [and] glacier shrinkages.”

The Office for the Coordination of Humanitarian Affairs of the UN reports that more than 223,000 Afghans were impacted by natural disasters in Afghanistan this past year alone. Meanwhile, Save the Children predicts that extreme weather will have an impact on approximately 13 million children.