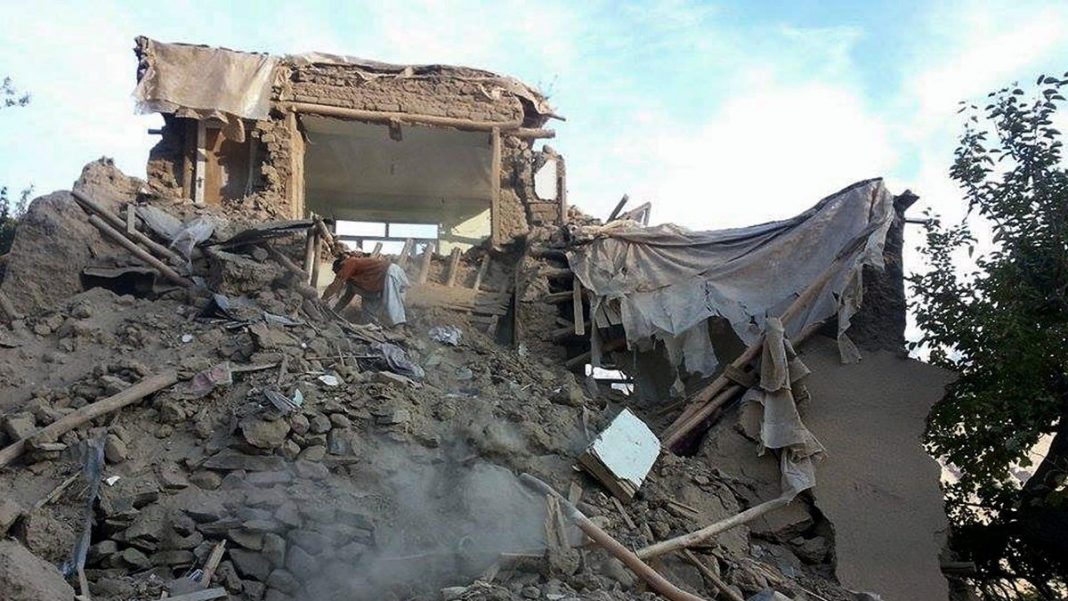 West News Wire: As rescuers work to get to the disaster site in the remote provinces of Paktika and Khost, the death toll from a powerful earthquake in Afghanistan has risen to 920, with more than 600 others injured, according to the Taliban’s disaster management official.

Mawlawi Sharafuddin Muslim, the deputy minister of disaster management, stated at a press conference on Wednesday that as of right now, “the information we have indicates that at least 920 people have been killed and 600 injured.”

Salahuddin Ayubi, an official with the interior ministry, earlier stated that “the death toll is likely to rise” because it will take some time to gather information since some of the villages are located in remote parts of the mountains.

A tribal leader from the Paktika province named Yaqub Manzor claimed that survivors were organizing to aid the harmed.

“The local markets are closed and all the people have rushed to the affected areas,” he told AFP by telephone.

Footage from Paktika province near the Pakistan border showed victims being carried into helicopters to be airlifted from the area. Images widely circulating online from the province showed destroyed homes, with residents going through the rubble.

Afghan journalist Ali M Latifi, reporting from Kabul, said people as far as the Afghan capital, some 200km (124 miles) away, felt the aftershocks.

Authorities are reporting hundreds of houses have been destroyed in the region, which has not seen a lot of development, Latifi said.

“Authorities have sent helicopters and are calling for aid agencies to come in and rescue people from the rubble. But it’s a remote area and harder to reach,” he said.

“The international rescue committee said they have deployed a local medical team to try and respond to the disaster.

“The biggest issue is how to reach the sites because they are further away from the provincial capitals, and the road conditions could be difficult. So really the issue is how long it’s going to take them to get there,” the Afghan journalist said.

The United States Geological Survey has revised the earthquake magnitude to 5.9 whereas it had earlier put it at 6.1. The epicentre of the quake was about 46km (27 miles) from the city of Khost, near the Pakistani border, the USGS said.

Hedayatullah Paktin, journalist and political writer, said that most houses in the region are built in the traditional style, with the use of soil, stone and other materials, adding that concrete houses are rare.

Unfortunately, the quake hits at a time when Afghanistan is already suffering an economic crisis, with little access to basic needs and medical facilities, Paktin told news reporters from the Afghan capital.

Tremors could be felt in neighbouring Pakistan and Iran. However, there were no immediate reports of damage or casualties in the two countries.

The Pakistan Meteorological Department said the quake jolted parts of the Punjab and Khyber Pakhtunkhwa provinces, according to the Dawn news website, which added that there was no immediate news of deaths or damage.

The disaster comes as Afghanistan has been enduring a severe economic crisis since the Taliban took over in August last year, as US-led international forces withdrew after two decades of occupation.

In response to the Taliban takeover, many governments have imposed sanctions on Afghanistan’s banking sector and cut billions of dollars worth of development aid.

Prime Minister Mohammad Hassan Akhund convened an emergency meeting at the Presidential Palace to coordinate the relief effort for victims.